THE affair between Jeremy Corbyn and Diane Abbott was the most 70s thing that happened in the 70s, it has been claimed.

Ex-Liberal councillor and former colleague Nathan Muir described the brief relationship as “like a Space Hopper colliding with a Chopper bike spilling Olde English Spangles in front of a bewildered Green Cross Man.”

He continued: “They met on an anti-Vietnam march and shared their first kiss against a backdrop of skinheads fighting rastas while the Sweet played Blockbuster.

“After a lentil bake, he showed her the chickens he kept in his garden and she admitted she never missed his charismatic appearances on Open University every morning at 6am.

“They watched The Sweeney, agreeing it was crypto-fascist propaganda dictated by the military-industrial complex, while sharing a bottle of Mateus Rosé.

“And finally, once they’d completed foreplay by checking each other’s union cards, they went to bed between bri-nylon orange-and-brown CND patterned sheets.”

Nobody willing to brag about good music they saw on 'Jools' 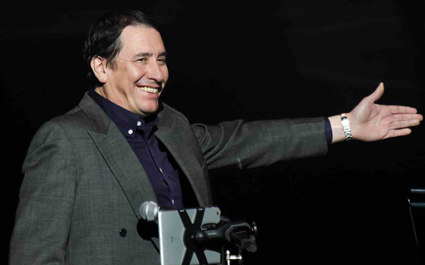 GOOD new music is going unheralded because nobody will admit to watching Later…with Jools Holland, it has emerged.

Researchers found that despite a general eagerness to brag about discovering new music before ‘the herd’, admitting to staying in watching Jools Holland is seen as a major faux pas.

Sous chef Wayne Hayes said: “I saw Foals on it the other night playing a great song.

“But if I put that on Facebook, people wouldn’t think ‘This guy knows great music’. They’d just think, ‘What a poor bastard. Staying in watching Jools Holland.’

“He must be unemployed and single, and he can’t have Netflix either because if he did he’d surely be watching something on there instead.’

“I’d never have sex with him.”

Hayes added: “Somehow it’s cool to say you watched something about people baking cakes but if you say you stayed in and watched a programme full of live music you sound like someone’s fucking dad.”

“Not that I’ve ever seen it of course.”