JEREMY Corbyn has disrespected the late rapper Tupac Shakur, it has emerged.

23-year-old hip hop fan Martin Bishop was playing Tupac’s album All Eyez on Me in his bedroom when the Labour leader walked past.

Bishop said: “I had the window open and California Love booming out when I noticed Jeremy Corbyn walking down the street, probably going to buy some quinoa from a local independent wholefoods shop.

“The music was clearly audible to him, but he didn’t even nod his head.

“It’s disgusting when you consider that it was Pac’s best album, which is often considered the crowning achievement of 90s hip hop.”

The Labour leader now faces calls to apologise to the hip hop community.

Daily Mail reader Stephen Malley said: “I’ve no idea what Tupac is but this further confirms my suspicions that Corbyn has no deference towards anything.

“I bet he doesn’t even respect high quality roast beef, classic sitcoms like Fawlty Towers or those really brave dogs that rescue people stuck up mountains.”

Bag for life ‘a haunting reminder of mortality’ 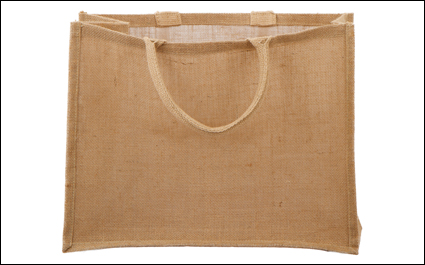 A REUSABLE shopping bag hanging on the back of a cupboard is a grim reminder of its owner’s inevitable death.

Bradford said: “The bag for life is, by definition, a bag until death.

“In a way it’s a real relief to know that the next 40 years of packing shopping are covered, but I guess I always presumed deep down that there’d be other bags.

“Instead I have to come to terms with the idea that the bag will be there at my funeral and then will move on and find someone else.

“Every time I unload milk into the fridge door my thoughts turn to man’s great failure, the inevitability of the abyss.

“Disposable plastic bags are much more fun, they just live in the moment. At least in terms of their attitude, I mean obviously they don’t biodegrade for about a billion years.”