Corbyn has last supper with disciples

JEREMY Corbyn has held a small gathering with 12 of his closest supporters ahead of his crucifixion on Sunday evening.

With the bearded saviour expected to win the leadership contest on Saturday, Labour MPs are queuing up to deny Corbyn three times before the right wing press nails him to a tree on Hampstead Heath.

Corbyn said: “We had some bread that I baked myself and some homemade wine. I made it very clear the bread and wine were not actually my flesh and blood – I just made them. Anyway, I’m sure I won’t be misquoted on that.

“Then I assured them that three days after I’m crucified I will rise again as a quirky backbencher.”

His policies, including improved benefits for the meek, have been dismissed as unrealistic, but Corbyn, the son of a lowly electrical engineer, has attracted crowds of up to 5,000 people.

Supporter Nikki Hollis said: “Truly, he is the son of Benn.”

Meanwhile, it is understood one of the candidates celebrity supporters sat silently throughout the supper amid rumours he had sold Corbyn’s secret tax plan to the Mail on Sunday for £30,000.

Corbyn added: “So long as the party realises the folly of trying to win elections by being microscopically less awful than the Tories, it is accomplished.”

Married friends sit back to see if singles will mate 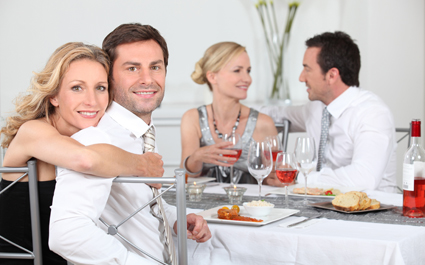 A COUPLE who invited an unattached man and a recently divorced woman to a dinner party are hoping they will breed.

The breeding program began when singles Julian Cook and Emma Bradford were positioned next to each other on the sofa by a host who highlighted their shared appreciation of Buena Vista Social Club.

One of the marrieds, Nikki Hollis, 34 from Ruislip, said: “It’s like when Edinburgh zoo brought a male panda over from China and shut him in the cage with Tian Tian – a mixture of excitement and anxiety.

“Though naturally I’ve no idea if Janet is ovulating at the moment. Perhaps I should take her temperature?”

Hollis’s husband Stephen Malley said: “You just don’t know if the female will reject him.

“He overstepped the mark earlier with some self-conscious references to an obscure documentary about reggae, but pulled it back with a nice quip about the cheesecake.”

Malley said that later in the evening he would photograph the newly introduced pair through a telephoto lens so as not to put them off.

Fellow married guest Helen Archer said: “We don’t get any vicarious thrill out of it at all. None whatsoever.

“Though obviously it would be great if later the two of them disappear into the bathroom and started rutting like boar in a forest. Especially since we have set up the webcam and everything.”