WITH his re-election as Labour leader a certainty, Jeremy Corbyn has admitted he is only performing hopelessly to annoy rival Owen Smith.

The 67-year-old plans to follow up a day spent making jam while being oblivious to an unfolding scandal with a succession of blundering stunts which will not give his opponent a single vote.

He said: “Fingers crossed I’ve already got this year’s conference cancelled with a mixture of principled opposition and doddery dithering, but that’s just the start.

“I’m going to address tonight’s rally in Dundee facing the wrong way, spend a televised hustings failing to understand that my microphone’s broken, and when the entire Tory cabinet resigns in September I will be sorting out old folk records in the attic for three days.

“Next weekend I’m off to Iran with George Galloway, where we’ll both be photographed in full Arab robes smoking a hookah pipe. 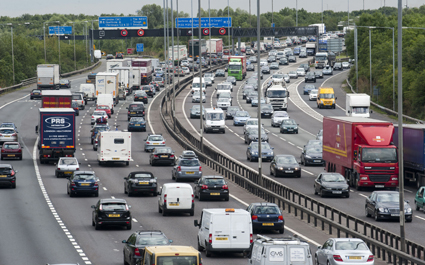 BANK holiday traffic chaos has hit the UK, with tens of thousands of motorists following each other in neat lines at low speed while obeying all laws of the road.

Observers struggled to describe the absolute mayhem on motorways into Cornwall and the Lake District, where cars moved slowly and maintained a safe distance from one another while not beeping their horns.

Joanna Kramer of Bristol said: “I’ve never seen anything like it, apart from a car park.

“Nobody can make sense of the pandemonium they’re seeing on the roads today, where volume of traffic has reduced speed while actually, if anything, diminishing confusion and the risk of collisions.

“It is total chaos. Please, if you value your safety, stay indoors.”