JEREMY Corbyn cannot take part in a parliamentary Brexit debate because of his asthma, a note from his mother has confirmed.

Following the prime minister’s U-turn over a Brexit strategy debate, Corbyn’s office hand-delivered the note which excuses the Labour leader and suggests he could go to the Commons library and read instead.

Speaker John Bercow said: “It’s not just Brexit. She’s also excused Jeremy from anything involving Russia, detailed discussion of budgeting apparently sets off his migraine, and of course he can’t be there when competitive sports comes up, not after last time.

“I don’t see what makes him so special. He’s perfectly fine for any debate about Iraq or the miners’ strike, but mention the Northern Ireland peace agreement and he ‘thinks he’s going to be sick’.

“I blame the members. They’re too bloody soft on him.”

Corbyn’s spokesman Seamus Milne said: “Jeremy is very sensitive and has allergies that flare up if he has to take pro-EU positions, so he can’t.

“Really the bullying at parliament doesn’t agree with him at all. If elected he’ll get rid of it.” 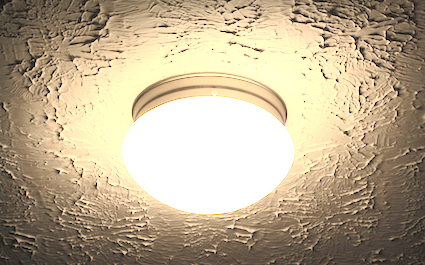 A MAN has once again put the big light on despite knowing full well that his girlfriend prefers the lamps.

Tom Booker’s protests that he just wanted ‘to see what he was doing for a bloody change’ were countered by partner Joanna Kramer’s claim that the house was lit up ‘like a Christmas tree’.

She added that the neighbours did not want to see everything the couple were doing ‘under a spotlight’ and suggested that he could locate his phone in softer, ambient light if he tried harder.

Booker replied that the house was so gloomy it was ‘like Dracula’s castle’.

This was followed by Kramer’s assertion that the light hurt her eyes and a series of increasingly urgent requests that it be extinguished.

The light was then turned off and the argument was, as on all previous occasions, left unresolved.