NEW Labour leader Jeremy Corbyn has given his acceptance speech dressed in a black leather uniform while flanked by armed henchmen.

The socialist demagogue gave a rousing speech, which frequently built to a crescendo of white-hot fury leaving the microphone flecked with spittle, as he set out the party’s future and the fate of anyone who dares oppose it.

Corbyn said: “This is Year Zero for the Labour party, and the beginning of my thousand-year rule.

“I already head an army of more than 600,000, who tonight march the streets in torchlight bearing the proud standard of my reign, sweeping all before them.

“By the election of 2020 – Britain’s last – every man, woman and child on these shores will be a Corbynite, or dead.

“Also, I hope to spark debate about the future provision of public services and how we can encourage small community-based enterprises.”

Corbyn’s rivals’ locations are unknown, apart from Liz Kendall who has safely reached New York and declared herself the Labour Party leader-in-exile.

All alcohol looks classy in a box 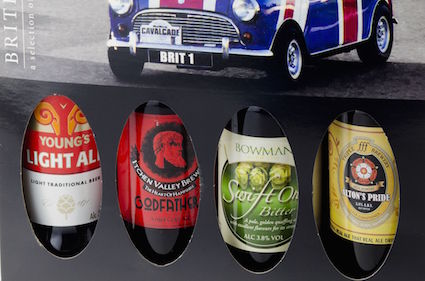 ANY bottle of alcohol will instantly look classy when placed in a box, experts have confirmed.

Researchers found that everything from expensive spirits to bottled beers will look like a collectable item instead of just a potent narcotic.

Professor Henry Brubaker, of the Institute for Studies, said: “You could do it with White Lightning. Put it in a wooden box with ‘White Lightning’, carved down the side of it and it would look like something you might put on the mantel piece.’

“Not something you would drink in a park shortly before soiling yourself.”

He added: “If you put a can of Scrumpy Jack in a box, next to a frosty pint glass, it would look like something you might give to your dad on Father’s day.”

Professor Brubaker also confirmed that the reverse is true: “If you drink expensive champagne out of a Styrofoam cup, you will end up thinking ‘Why the hell would anyone pay £100 for a bottle of this?’”