Corbyn victory impossible because elections 100 per cent predictable these days

JEREMY Corbyn cannot win the election because polls are always totally accurate, it has been confirmed.

The Labour Party is still behind in opinion polls, which makes the election a foregone conclusion because nothing even vaguely unexpected has happened in British or international politics for ages.

Political analyst Susan Traherne said: “Jeremy Corbyn is an outsider, seen as a maverick and disliked by the political establishment but is enjoying increasingly strong popular support.

“He’s especially well-liked among the pissed-off lower-income workers and people who have never voted before.

“Meanwhile the lady who is the certain winner is running a lacklustre campaign, and struggling to ‘seize the narrative’ as I believe some Americans may have said recently.

“She comes across as a bit cold and lacking in charisma, although I’m sure that won’t be a problem.

“After all, some of Corbyn’s policies are ‘economic suicide’ and British people would never support anything like that just.”

She added: “I cannot think of any similar situations in the recent past and I wouldn’t even bother voting to be honest.” 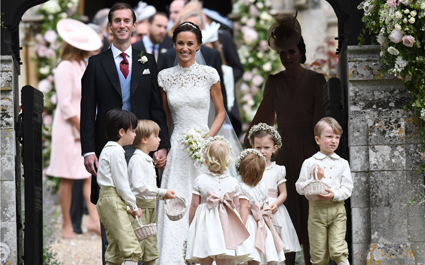 THIS is what you like, it has been confirmed.

You find this magical and enchanting. You particularly enjoyed reading about how much it all cost, from the booze to the chairs which are made of special wood and came from a special shop in Kent.

Although you accept that you were not worthy to attend such an exquisite event, you briefly imagined yourself as a guest.

In your mind, Pippa welcomed you personally with a glass of champagne. She said: “I’m so glad you could come. Here’s a free drink of something very expensive and a thing with a huge prawn on it.

“We’ve put you on a table with celebrities. There’s David Beckham, and thingy off Country File, and someone from a successful pop-opera band.

“And here’s a big fucking bowl of free Wotsits, fill your boots.”

Then you came back to reality with a start, because Pippa would never tolerate anything as horrid as Wotsits and only your grubby, common little mind could have thought of that.