Corbyn embraces populism with pledge to ban U2

JEREMY Corbyn has pledged that a Labour government would ban U2 from Britain.

In a shift towards a more broad-based populism, the Labour leader said there was no reason why UK citizens should have to ‘shoulder the burden’ of the Irish combo any longer.

He has proposed replacing all of the group’s UK activity with a coalition of grime MCs, Dexys Midnight Runners and the Sleaford Mods.

Corbyn said, “Since their debut album in 1980, for all their caterwauling and scratchy guitars, we have seen living standards and public services eroded while they grow richer and fatter and develop ever more elaborate schemes of tax avoidance.

“They sing about love, but all that they inspire is hatred – hatred for their music, their lead singer and his endless succession of trousers, each pair worse than the last.

“Their last album was imposed against our will, on iTunes, without consulting the general public.

“My surgery was inundated with hardworking constituents all of them asking me the same question; how do we delete this?

“We delete it with legislation.”

We may have too much money, admit couple doing up wet room again 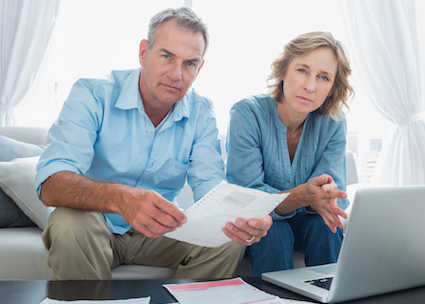 A COUPLE have admitted they may have too much spare cash after deciding to refurbish their shower room for the third time in 10 years.

Martin and Louise Bishop stressed that as soon as the ‘vital’ work is finished they may begin to re-examine their attitude towards having this level of disposable income.

Louisa Bishop said: “We’re converting our en-suite from a walk in shower to a wet room with underfloor heating. To tell you the truth, I thought they were all the same thing. I don’t even know what I’m paying for anymore.

“In the family bathroom, the Jacuzzi could do with a bit of sprucing up, but I really do think we have reached the point where we could do something else with the money. I’m not offering to pay more tax, I’m just thinking out loud.”

Martin Bishop said: “It’s a dreadful dilemma. We’ve worked our way through the entire catalogue of the John Lewis ‘Home’ collection, but what on earth do we now?

“You’d think there would be a charity for people like us, but we’re expected to just cope on our own.”