JEREMY Corbyn’s special Christmas meal will be his staple thin soup but with the addition of half a potato.

The Labour leader’s usual daily diet is a frugal, flavourless soup that constantly simmers in a battered saucepan on a portable gas stove in his otherwise empty kitchen.

However he has revealed plans for a special Christmas variant involving decadent potato slices.

Corbyn said: “I don’t nomally like to waste money on anything except the minimum nutritional essentials for staying alive, but as it’s the festive season and I have family coming round, I’ve decided to splash out.

“The potato will really compliment the vaguely oniony flavour of the base liquid. I expect the meal to be quite a talking point – I may even throw in some herbs if I can find anything growing on the roadside. No salt though, it’s expensive and ethically questionable.

“I’ll use half a potato in the broth and we can share the other half for pudding, if anyone still has room.

“Of course it will be shared equally – two potato chunks per guest.”

Britain declares itself finally ready for epic festival of self-indulgence 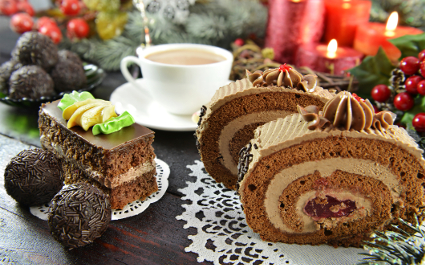 THE UK has declared itself just about ready to eat and drink everything it wants while awarding itself expensive gifts.

Across the country, Britons have decided that it is as prepared as it is every going to be  to watch special television with a tub of chocolates at one hand and a bottle of prosecco in the other.

Mary Fisher of Swansea said: “If you’d asked me last weekend I wouldn’t have been sure if I fancied not going to work, drinking champagne at 11am and then unwrapping all kinds of lovely things I’ve coveted for ages, but the time seems right now.

“There’s just something about Christmas that makes you enjoy inhaling a full tube of Pringles during The One Show, then a few truffles, then half a bottle of Bailey’s then a few whiskies to finish the evening while gloating over all your loot.

“At any other point I’m sure I’d get bored of having everything I want 24 hours a day, and I know the kids certainly wouldn’t like a constant stream of new toys while all rules are indefinitely suspended.

“I don’t know why it’s all fine at this time of year. Probably Jesus.”