FRIENDS of Jeremy Corbyn wish he would just tell them they were right to leave their wives for girls half their age.

Roy Hobbs said he has asked the Labour leader to stick to doling out comforting bullshit to make him feel better about himself.

Hobbs said: “When I left my wife for Nikki, he told me I was an idiot, rather than pumping me for salacious details.

“I was fantasising about my new life and he was saying it would never work and that maybe I needed some time alone to think about what I really want from a relationship.

“Okay, so I’m now on my second incredibly expensive divorce, but he could have at least have told me to make the most of the sex.”

Meanwhile, Bill McKay said Corbyn had warned him not to buy a VW Golf because ‘those emissions claims are a pile of shit’.

He added: “I picked him up a couple of days after I bought it and he immediately said, ‘what the hell are you doing with this? It’s a poison factory. You live in Islington and you work in Camden. Get yourself a bike’.

“And I was like, ‘I can connect my iPhone to the radio’ and he just rolled his eyes and said, ‘that will simply increase the likelihood of you having a crash’.

“We’re still friends, but he needs to stop being such a twat.”

Blackburn appoints Lambert out of spite 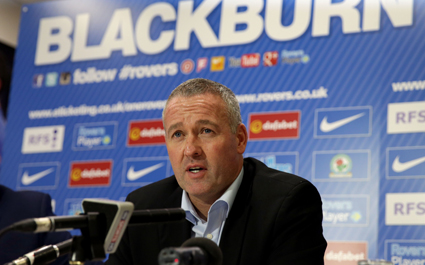 Rovers fans have been vocal in their criticism of the club’s board, and managing director Derek Shaw admitted that the deliberate infliction of Lambert is all about revenge.

Shaw said: “I’ve had it up to here with those bastards and their pie-in-the-sky demands. If they want to boo, we’ll give them something to boo.

“Let’s see how they like it when they’ve watched their nineteenth consecutive nil-nil draw. They’ll be begging to have Steve Kean back.”

Lambert said: “The best attack is a good defence, and the best defence is also a good defence. We’ll be trying to lull other teams to sleep through a combination of our tactics and my soft but depressing voice.

“It’s vitally important the fans make no sudden cheering noises, but I don’t think that will be a problem when they see the signings I’ve got lined up.”

Blackburn fan Joseph Turner said: “Watching a Lambert team is a real education, in the sense that you feel like you’re in a geography lesson that’s never going to end.”