As he prepares to outline £11.5bn in spending cuts, Osborne said his fascination with the sexual nature of small government began in his early teens with magazines like The Spectator.

He said: “I like different kinds of cuts. I like explicit cuts that just get right down to business, where the cutting is so deep and hard.

“But I also like cuts with a bit of a story. It increases the anticipation and makes the cut seem more authentic, and thus more intense and satisfying.”

Osborne added: “Mostly I like to do cuts on my own, with the curtains closed.”

A Treasury source said: “If you’re in a meeting with him and you start talking about cuts then he either crosses his legs or goes and sits behind a desk.”

One cabinet minister who has been in budget negotiations with Osborne for six months said: “I got the impression that he found the whole process very sensual.

The Treasury source added: “He doesn’t even care if it costs the Conservatives the next election. That’s not what’s going on here.”

Everyone admits to being a creepy bastard 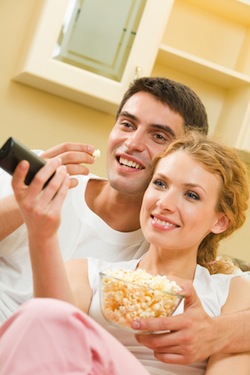 EVERYONE in Britain has finally admitted to having a ghoulish fascination with serial killers, Nazis and disfigurement.

People have decided to stop pretending that books and TV shows about disturbing subjects are educational or informative, and just admit they like horrific things.

Nikki Hollis, from Stevenage, said: “In the evening I like to relax with a documentary about serial killers or someone whos cut their face off with a chainsaw.

“Murdered prostitutes, horrific injuries, close-ups of surgery  there isnt much that puts me off my M&S ready meal. In fact my ultimate TV show would be a serial killer having surgery for horrific injuries.

“And I do prefer cop dramas that start off with a charred body being dissected in a morgue or the discovery of a severed limb covered in maggots .

“Does that make me weird? Frankly, yes, it does. But Ive decided to run with it and embrace my inner ghoul.”

Tom Logan, from Guildford, said: “I used to say Id got loads of books about the Nazis because Im interested in history. But I havent got any history books that arent about the Nazis.

“I dont like history, I just like the Nazis because they were massively evil and had cool tanks.”

Psychologist Donna Sheridan said: “An interest in extreme subjects is a normal response to the mundanity of everyday life, unless youve got a load of severed heads under your sink.

“In fact its healthy to accept we have a voyeuristic side, as I will be doing tonight with a nice glass of wine and Channel 4s The Man Whose Penis Was A Tumour.”