David Davis offers to crucify himself as Brexit payment

DAVID Davis has offered himself for crucifixion if Britain can leave the EU on favourable terms.

Davis said: “A human sacrifice is obviously the only way we’re going to sort this out, so take me as a martyr for Brexit.

“Like Jesus Christ, Joan of Arc or that Buddhist monk on the cover of the first Rage Against the Machine album.”

EU chief negotiator Michel Barnier added: “It’s a kind offer but we’re actually more interested in sorting out freedom of movement and things like that.

“But he just offered up the palms of his hands and said ‘Whatever you do to the least of my brothers, you also do it to Boris Johnson.’”

Quiz: Are you doing too many online quizzes? 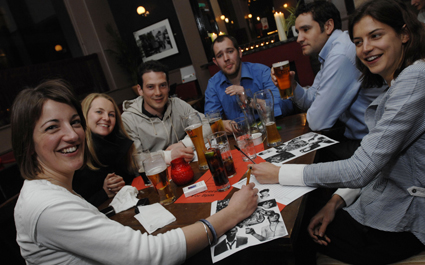 ONLINE quizzes are a great way to learn more about yourself. But are you addicted? Find out with this quiz.

1. Do you know your Game of Thrones house?

A. I suppose I’d probably want to be a Stark, but it doesn’t really matter, does it?

B. I identify more strongly with my Game of Thrones house than my actual family.

C. I’m a busy adult and don’t have time for online tests, unless they’re about Harry Potter, in which case the answer is Ravenclaw.

2. Do you know which Disney villain you are most like?

A. Whichever one you think is best. Let’s get this over with.

B. Aspirational Ursula the sea witch, but with undertones of Jafar.

C. Is Frozen a Disney one?

A. I know humans are tribal and competitive, but this incessant categorising is so childish and pointless. The Lost Boys.

B. Either 10 Things I Hate About You because I’m subtly intellectual, or She’s All That because I stopped wearing my glasses so people would want to shag me.

4. Tell us your favourite ice cream flavour and we’ll tell you when you’re going to die.

You have a normal, healthy relationship with quizzes.

You do not seem to have a problem with excessive quizzing, preferring free thought and expression over slavish adherence to stereotypes. That’s very Targaryen of you.

You have a problem.

This is your life and it’s slipping away one Buzzfeed food quiz at a time.

Do you have an internet connection?

You’re probably not even on Facebook, are you? Do you live without likes and shares and comments? Tell us of your strange and wonderful world.