As the prime minister made the case for war and everyone pretended not to have already made up their minds, Fallon’s drawings have grown increasingly elaborate.

He said: “Actually, I’m really good at these.

“You can see I’ve put in lines of force here, so everyone’s being thrown in different directions according to the bomb’s impact, and at the top I’ve written ‘none of these people are civilians’.

“This one’s got a donkey being thrown sixty feet in the air. Look at the expression on his face!

“In the bottom corner of every page I’ve done a flick-book, so you can watch an AGM-154 smart bomb falling, falling, identifying its target and then BOOM.

“I was going to continue it so it shows democracy flourishing from the rubble, but I ran out of pages. Still I think we can just assume that.” 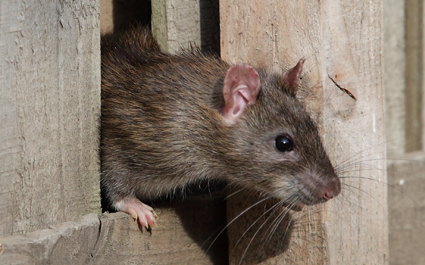 A RAT has been left depressed by reports of so-called ‘super rats’.

Booker said: “Apparently just being ‘a rat’ just doesn’t cut it any more.

“As if my scavenging lifestyle wasn’t stressful enough, I’ve got to somehow become the size of a cat and exhibit intelligence far beyond what was previously expected of me.

“On top of that I’m supposed to breed at an accelerated rate. But I haven’t even had sex this year, probably because of confidence issues.

“I met a super rat once, he wasn’t even that good looking.”