FRIENDS and families torn apart by politics are coming together and healing over the crapness of Diane Abbott.

Across the UK, divides are being bridged by the common belief that it would almost be worth seeing her as home secretary because of how funny it would be.

Tory voter Roy Hobbs said: “30 years in politics but can’t get through an interview without fucking up. There’s something reassuring about that.

“It doesn’t give me that sick feeling in my gut I get when I see Theresa May panicking after being asked a few simple questions. It just makes me feel good. And my daughter agrees.”

19-year-old Labour voter Annie Hobbs said: “Me and dad have been arguing a lot recently because he’s a fascist, but when Abbott’s on the telly all that’s forgotten.

“The whole family gathers around and laughs as a living, breathing caricature of the hard left rears back in righteous indignation at being asked about numbers.”

She added: “Her and Boris, that’s who we bond over. Then we realise one of them will end up in government and start rowing again.”

People enjoying themselves really ruining it for everyone 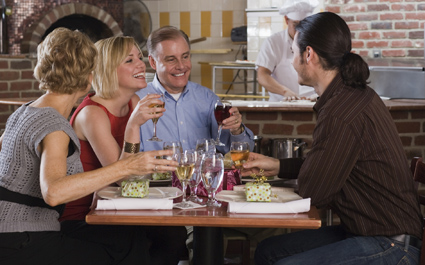 A GROUP talking and laughing in a restaurant is making everyone else’s meal a living hell, it has emerged.

Mary Archer and her husband Martin took their grown-up children out for a meal and antagonised everyone around them with their happy and upbeat behaviour.

Fellow diner Susan Traherne said: “It was clear from the moment they arrived that they were one of those wholesome freak families who actually enjoy each other’s company.

“They broke into gales of laughter the second they sat down and just didn’t shut up, like they were Italians or something. I was trying to have an anniversary meal with my boyfriend and their lively banter made our stilted exchanges all the more awkward.

“They didn’t seem to realise that the standard way for families to share a meal is with very long silences where everyone desperately tries to think of something to say and ends up commenting on the cutlery.”

She added: “Maybe they’re laughing at us. Oh God they are, I know it, the bastards.”