Do You Need Us To Call You A Cab? Britain Asks Brown

BRITAIN last night told the prime minister it was getting really quite late while making a big fuss of cleaning up the living room.

As Gordon Brown started yet another story about meeting Bono, Britain put its hand gently on his back and laughed saying, 'well that's just great – did you have a coat, by the way?'.

But despite Britain's wife collecting the empty glasses as noisily as possible, Mr Brown continued to sip slowly at his white wine before suggesting Britain put some more music on.

The prime minister was invited after a friend said he was really interesting and deep. But after half an hour it became increasingly clear to everyone in the room that he was just awful.

Britain's friend Geoff said: "Who the fuck is this guy? He keeps frowning at everyone and having a go at them for getting drunk or betting on the Grand National.

"What an arsehole. I'm a bit worried about losing my job and I just fancied a few drinks and a laugh, but instead I get stuck in the kitchen with Night of the Living McDead."

Britain added: "I knew something was up when I got a text from Tony saying, 'How you getting on with Gordon? HA HA – Fuck You'."

Britain has now spent the last two hours looking at its watch and pointing out that it has to be up at 6.30.

Britain Falls Into A Hedge 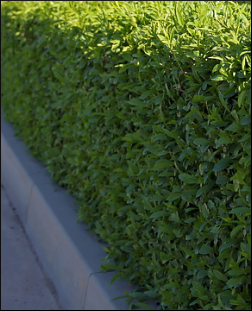 EVERYONE in Britain has had to go to hospital in the last 12 months after falling into a hedge on the way home.

New research shows the entire country had just left the pub when they suddenly staggered to the left, crashed through a hedge and sustained a tiny graze just above their right eyebrow.

Bill McKay, the A&E doctor who treated everyone, said many of the males had a suspicious damp stain on the front of their trousers while most women had no underwear.

He said: "We see a lot of people in here after serious accidents with their arms hanging off and no legs. We call them 'the injured'.

"We also see a lot of people just after eleven at night who have a slight graze on their knee and no idea who they are. We call them pissed up bastards who should just go home and stop wasting our time.

"They really are a lovely bunch to deal with. I wouldn’t be surprised if most of my staff did piss-off back where they came from after that."

Wayne Hayes, a problem drinker, said: "I’m fine, absolute fine. I only have had a couple glasses white wine, with friend, and packet prawn crips. No idea what happen after that. Food poisoning?

"Must have tripped, on pavement stone, very uneven. I do feel bit dizzy. Perhaps it ear infection, doctor? Felt fine this morning, went swimming at lunch, then fell over.

"Did I say that? I’m so sorry. I really don’t remember. Nurses lovely. Just want lie here, go sleep. Just want sleep. GET YOUR HANDS OFF ME YOU BLACK BASTARD."