DAVID Cameron has urged voters to embrace fracking as a way of flushing Romanians out of the ground.

Cameron said: “Fracking will create 74,000 exciting jobs like working in the media or being a footballer, once Romanians that currently hold the positions underground are washed away.

“Councils will be given 100% of the revenue raised from the Romanians that float up out of the ground, which I’m told make excellent mulch for farm animals.”

The assertions were met with scepticism in Yorkshire, following Tory claims in the 80s that coal mines in the region needed to be closed because they had a really massive spider in them.

The government at the time promised to re-open them once they had gone down there with a 75-foot juice glass and a massive bit of card. 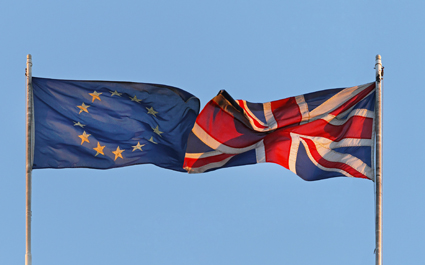 THE 27 member states of the European Union have demanded a referendum on whether Britain is allowed to stay in.

Voters across the continent will be asked to choose whether Britain should have to follow the same rules everyone else does or can just fuck off.

So far the latter option, which would see multilingual FUCK OFF BRITAIN signs at every European border crossing and mandatory cavity searches, is polling at around 90 per cent.

“What exactly does Britain bring to the EU anyway, apart from of course your wonderful financial centre that destroyed all our economies a few years ago?”

Jose Triano of Madrid said: “An entire area of Spain – we call it the Costa del Crime – is a no-go area for ordinary people because of aged Brits reminiscing about the Krays while sucking up our health service like Bermuda-shorted vampires.”

German Chancellor Angela Merkel said: “Despite our difficulties, Britain does have a very important role within the EU.

“It unites the rest of us in loathing.”