Farage clarifies what he thinks immigrants are

NIGEL Farage has confirmed his belief that immigrants are a type of small, crab-like creature.

“They steal my breath while I sleep”

A herd of so-called immigrants was blamed for the UKIP leaders non-appearance at a conference in Wales after they apparently scuttled across the M4 to reach their mating grounds near Swindon.

Farage said: They’re typically eighteen inches tall with strong grasping pincers and snarling faces. They manage to stay in the periphery of your vision, so for years I thought maybe they weren’t real.

The worst ones, the ‘Romanians’ as I call them, keep you up all night with their guttural territory cries.

It sounds like Jimmy followed by a grunt, hence I call them Jimmy Grunts or immigrants.

There’s one sat on your shoulder right now, touching your ear with its pincer.

UKIP’s general election campaign will focus on eradicating the creatures by the use of warm bitter and cigarettes, as Farage claims they are allergic to both.

He added: “We also want relaxed handgun laws so you can shoot them. It’s common sense as they are plentiful and their meat tastes divine, like that of a young pheasant.”

Deleting someone on Facebook only way to ensure bumping into them 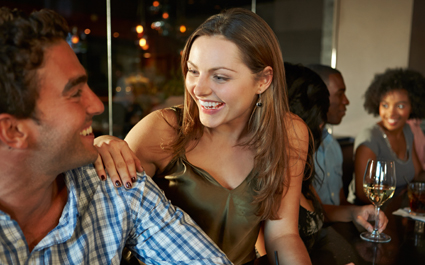 DELETING someone from your friends list is the only way of making sure that you will bump into them, it has emerged.

Researchers found that doing a social media ‘clean up’ of people you are not interested in creates a 99.4 per cent probability of seeing them within a week.

Student Nikki Hollis said: “I deleted this guy I half-knew as I didn’t see the point, then two days later I ran into him in the pub. Almost he was a vengeful ghost or something.

“I asked how he was and he said ‘How do you think?’

“So I just kind of smiled and acted like my friend had called me back over to our table. I found out later through a mutual friend that he had passed his driving theory test that day.

“It was awkward but I’m still glad I deleted him because who gives a fuck.”