THE fate of the whole UK depends on Boris Johnson taking a woman to dinner, listening to what she says and taking it seriously.

The economic future of Britain hinges on the prime minister’s dinner with Ursula von der Leyen this evening, and few believe there is any reason to hope that he won’t f**k it up.

Johnson said: “Don’t mention the war. Don’t try to shag her. Don’t forget this isn’t the Bullingdon Club and she won’t laugh if you set fire to the curtains.

“Listen to her? That can’t be right. Surely the polite thing to do when a woman is talking is wait until she’s finished? Listening would be cruel.

“And not just a woman but a Kraut, surely an act of deliberate provocation. But they say that imitating her accent with the old stiff-arm salute would end all hope of a deal.

“I thought I’d just lie my way out of it, but apparently this little lady’s got a head for figures. Crikey. Boris has got himself in a real scrape this time. Well, here goes!”

The dinner is expected to conclude without a deal after Johnson drinks two bottles of Bordeaux, puts his hands in his trouser pockets and offers to show Dr von der Leyen the white-eared elephant. 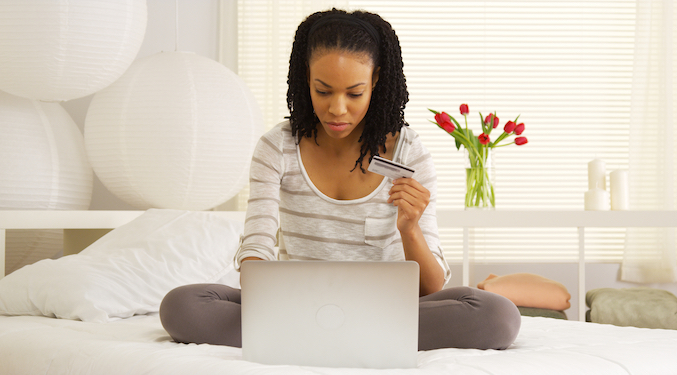 A WOMAN who promised to do her Christmas shopping at independent retailers this year has clicked ‘Buy Now’ on Amazon less than three minutes later.

Lucy Parry lectured friends and family about the importance of supporting small local businesses, especially during this testing time, then completely reversed her position after making it to the first set of shipping costs.

Parry said: “The first small artisanal crafts website I visited already had me out of my chair and rooting around for my purse because it didn’t know every single detail about me. Which is rude.

“The thought of having to do that nineteen times already had me doubting my resolve. Card numbers are long. There’s only 16 shopping days left. I’m not sure there’s time.

“Then I was asked to pay £6.90 postage on something that was already overpriced at £11, and I closed all those windows and went on Amazon and did all my Christmas shopping in seven minutes without getting off my arse.

“I realise the importance of stopping the world being run by a tech trillionaire who wants to put a robot spy in everyone’s house, but come on. It’s just such an inconvenience otherwise.