THE Liberal Democrats are determined to stop Jeremy Corbyn becoming temporary prime minister, even if it risks a no-deal Brexit. Who would be a better choice?

In the same spirit as Britain’s Got Talent bringing back champions from previous series, the UK could unite behind the idea of letting ol’ Cleggy have the job he dreamed of for just a few days. Just to see the happy smile on his boyish face before he vanishes back into obscurity forever.

After the parade of imbeciles she’s watched run her country into the ground over the last 67 years, it’s surely fair for Her Majesty to step in for a couple of weeks. Could it be worse? Even if she does let Prince Philip use the Mall as his own personal drag-racing strip?

Furious about Boris being usurped as PM? This blonde, overexcitable idiot will run around in circles barking at nothing then without warning hump your leg, so it’s just like the real thing. Watch him arrive at the EU summit with a letter of extension in his mouth!

Any caretaker from Scooby-Doo

The caretaker in Scooby-Doo always warns darkly of terrible consequences if their words are ignored before being unmasked as a conniving criminal who would have got away with it if not for those meddling kids. Which is ultimately what happens to all prime ministers with the electorate as the Scooby gang.

Pizza Hut is all we deserve, says Britain 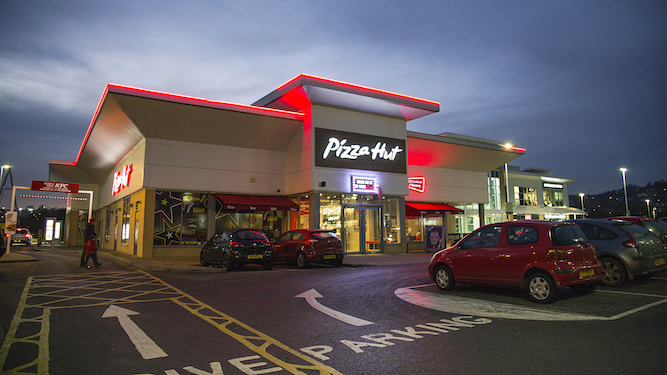 BRITAIN has agreed that it no longer deserves Pizza Express and will go back to Pizza Hut.

Pizza Express’s debt restructuring, which is probably because of Brexit which we voted for, will soon see the chain vanish along with anything else nice, leaving the UK with the dining options of Harvester, Berni Inn or Wimpy.

It will also be possible to eat at a Toby Carvery on a Sunday, but only if you are a UK passport holder. All salad bars will be removed to stop customers being overwhelmed by freshness and choice.

Former Pizza Express regular Tom Logan said: “It was good whilst it lasted, but I guess now it’s time for Britain to travel back in time a few decades to when going out for a meal was utterly dreadful.

“All the Indians and the Chinese places are going, obviously. Nandos will shut its doors because your gran thinks it’s ‘too spicy’. A slap up meal will be liver and onions at the Little Chef or, if you’re feeling really fancy, a mixed grill at the local Beefeater.

“It’s what we deserve for being a nation of myopic, inward looking idiots obsessed with the past, because the past was basically shit.”

Bill McKay of Uttoxeter said: “I hope they don’t do more than three types of pizza. Choice confuses me and I don’t think it should be allowed.”