Five things that should ruin the Tories but never do

TORIES still popular, despite everything, just like in the 80s, most of the 90s and the last decade? It’s because they shrug all this off:

In rational countries, governments dithering over feeding desperate kids during a crisis would be as popular as a dog in a hot tub. In Britain we kept Crazy Frog at number one for four weeks, have never been rational, and believe school dinner vouchers are coveted on the thriving black market for booze, fags and scratchcards.

Tories love a recession. Whether they’re causing mass unemployment by union-busting, losing your house with spiralling interest rates or leaving the EU because they gambled on a referendum and lost, they can’t resist shrinking the economy. So voters trust them on the economy.

Despite looking like Teacher from the Bash Street Kids and being more of a dick, the very existence of Jacob Rees-Mogg doesn’t appear to deter Conservative voters. Maybe strutting around like a sexless pinstriped insect is something they aspire to?

Unless you’re loaded, the Conservatives aren’t too bothered if you shuffle off this mortal coil. There’s even a video of Cummings joking about it. In a Tory voter’s mind, if you can’t pump money into the economy via Bupa bed then it’s your fault and the grave would be best?

Boris has his cock out 90 per cent of the day, Gove snorts coke, and any minister who doesn’t fill his boots with public money is looked down on. But even a prime minister who popped his cock in a dead pig’s mouth didn’t stop two re-elections. 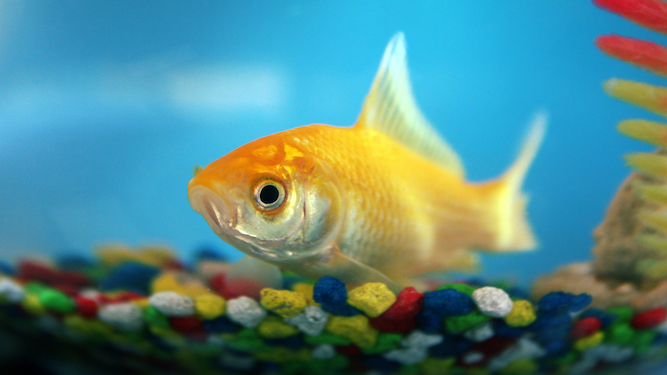 OWNING a pet can be a loving, fulfilling experience that lasts for years, unless you choose from one of these utterly shit pets.

In theory these cute little rodents are fun balls of fluff that run around a wheel all day. In reality they sleep all day, hiding in nests of chewed up tissue so you can’t see them, and run around in the wheel all night, so you can’t sleep. And on top of all that, they smell.

Stick insects are so boring they make hamsters look as extrovert as Liberace. On the plus side they’re cheap, but ultimately you might as well just get yourself a shoebox full of twigs and leaves as you’ll get exactly the same amount of interest out of it, if not more.

The only purpose of a goldfish is as an entry-level object of grief for your kids. Their inevitably quick death and subsequent flushing down the toilet will stay with a child forever, unless you’re one of those weirdos who gets a new one and doesn’t tell them until they think they’ve got a fish that is 27 years old.

Tortoises are basically immortal, meaning you’ve given yourself a lifetime of ruinously expensive vet bills that you will have to pass on to your children when the tortoise inevitably outlives you. You can’t even let it loose in the garden in the hope that it runs away, because they’re such tedious animals they barely move.

People buy snakes under the misapprehension that it will make them seem alternative and highly attractive to the opposite sex. The truth is that your life will now revolve around defrosting dead mice on the radiator for it to eat, and no one will come to your house because they’re too scared of both it and you.