Five ways forward for Theresa May

She survived the vote of confidence, but where should the prime minister go from here?

Fake her own death

Stealing a trick from 70s MP John Stonehouse, May could leave some clothes on a beach, disappear and begin again in another country far from Britain and the terrible mess she has made of it. Perhaps an isolated Atlantic island where she could kick puffins.

The prime minister, in scenes reminiscent of The Deer Hunter which she has neither seen nor heard of, invites her cabinet to take turns holding a revolver loaded with a variable number of bullets to their heads and pulling the trigger. Supported by cabinet, who are tired and want all this to be over.

Schedules a Brexit vote and a general election for the same day, waits until results are declared then announces that it was Opposite Day, it is official and legal because she notified the Queen, and everything she lost she won. Could backfire if Corbyn blows the election by being shit.

May calls Downing Street press conference, thanks everyone for their kindness while she’s been standing in for the prime minister during his illness, then brings a dazed and clearly kidnapped David Cameron to the podium before sprinting away down Whitehall to a waiting car.

May orders Porton Down to release genetically-engineered superflu which kills every living thing in the British Isles. Brexit is cancelled by default while technically honouring the referendum result as the UK is sealed off from the EU and all immigration halted. Net win. 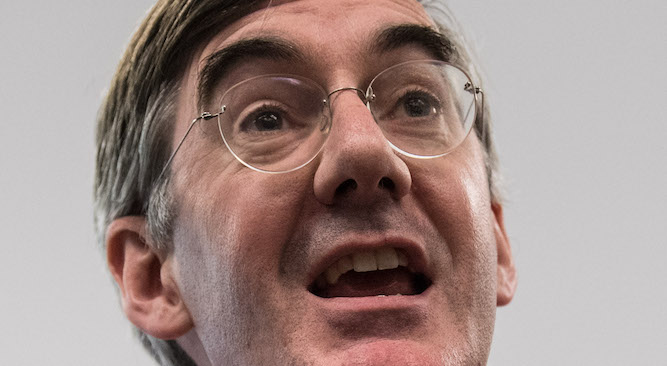 JACOB Rees-Mogg has screamed for his nanny after soiling himself in the House of Commons.

The nanny rushed to help the 49-year-old MP, scooping him up and carrying him to his office.

Nanny said: “Come now, Master Jacob, let’s pop you onto the table and get this all cleaned up. Oh dear, pees and poos.

“We’ll get you into your nightshirt and I’ll read you a lovely story about hedge funds.”

The nanny was then distracted by a sad, chubby, blond-haired boy, tugging at her apron before pointing at his sodden trousers.