Gatherings outlawed but f**k the law, Covid surging but back to the office, don't see family but go the pub with strangers

DOWNING Street has confirmed that for every policy it is introducing the opposite policy so nobody knows what the f**k they are doing ever.

The Government simultaneously decided to make gatherings of more than six people illegal and announced they would deliberately break international law to send the message that all is chaos and nothing matters.

A Conservative spokesman said: “Be bloody careful of Covid. If you get it then it’s your fault. Now get back on that bus and back in the office even if you don’t have to.

“The law? The law just gets in the way, so in specific and limited circumstances breaking it is perfectly justified. But if you gather in groups of more than six you’re fined even if it’s just two households. No ifs, no buts.

“Cannabis is illegal. I’m rolling a massive spliff which I will smoke in front of two policemen. Those are certain very tightly defined circumstances, motherf**ker.”

Nathan Muir of Hereford said: “Yeah, it’s beginning to seem that perhaps everything is bollocks.”

Thank f**k for that, say people planning nights out in Bolton 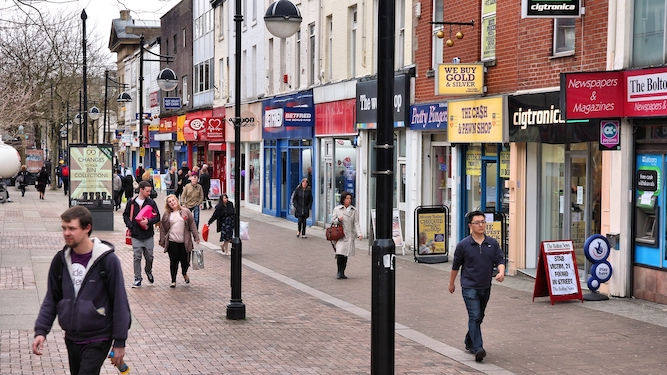 BOLTONERS are overjoyed that they cannot have a night out in Bolton for the foreseeable future.

With a local lockdown in place, residents are relieved to cancel trips to their town’s many shitty pubs and life-threatening nightclubs.

Tom Booker said: “That’s my visit to a rough Bolton townie pub stuffed. I’m heartbroken I’ll have to stay in and watch telly and not risk getting my head kicked in. I am very upset. Boo hoo.

“Nor will I be able to visit Bolton’s many fantastic chain restaurants. Sadly I’m going to have to cook something nice, maybe trout. But it won’t be the same without finding a false nail adrift in my bucket of chicken.”

Donna Sheridan said: “I wouldn’t want to live anywhere but Bolton, as long as I’m prohibited from venturing into the grim Northern hellscape outside my front door.

“I just love not going clubbing in Bolton. Hopefully the lockdown will go on for years. And at the weekend I’m not going to Bolton Steam Museum, because that is boring as f**k.”

Local councillor Roy Hobbs said: “I can’t thank the government enough for their chaotic lockdown policy. Bolton’s so much better now you can’t go out.”