Gordon Brown To Have A Nice, Lazy Day

GORDON Brown will have a late breakfast, watch some afternoon telly and then take a nice long bath while George Osborne is kicking your bastarding teeth down your throat, it has been confirmed.

While the chancellor is machine-gunning half the country into a pit and telling the other half they must live chin-deep in their own dung, the former prime minister will be buttering some wholemeal toast and asking a stout, cheerful housekeeper to poach him an egg.

Mr Brown said: “Ooh look, Butch Cassidy and the Sundance Kid is on this afternoon.

“I think I’ll Sky plus it and watch it after my bath while you fret over your credit card bill and ponder the extent of my genius.”

Mr Brown said he recognised that many people are worried about their jobs but stressed that most jobs are really quite annoying and he was so glad he did not have to do one any more.

“Not having a job is so much more relaxing. All of a sudden you have time for eating toast and watching telly and having baths.

“I spend hours in the bath. Sometimes I’ll even read a book in the bath. At the moment I’m reading a book about economics. Did you know that economics is all about money? Isn’t that amazing? I had no idea.

“Of course, you do get money for doing a job, but I’m sure you’ve got hundreds of thousands of pounds in the bank as well a huge advance for your tell-all book about your 35 months as a teaching assistant.”

Mr Brown said he may also watch a bit of news around tea time, though stressed he was up to speed with the key points from the government’s spending review after it was photographed yesterday on a ginger man’s lap.

He added: “Oh dear, that was a such a gingery thing to do, wasn’t it?”

Cowell To Last As Long As The Universe 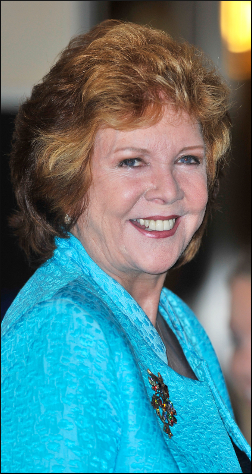 SIMON Cowell will last as long as the universe contains beings with television sets and money, it was confirmed yesterday.

The freak-wrangling waistband was heard across the country as he cackled in victory atop his 1,000-foot high throne constructed from the skulls of unsuccessful contestants after signing a new TV deal.

Cowell said: “The hate is swelling in you now. Give in to your anger. With each passing moment you make yourself more my servant.”

The ITV contract is thought to be the biggest in evil television history since 1988, when Cilla Black demanded a million voices crying out in terror before being suddenly silenced in exchange for a third series of Blind Date.

The negotiations with Black prompted the creation of ITV’s All-Consuming Darkness Liaison Department, which also conducted the recent talks with Cowell in the desecrated grounds of an abandoned church on his country estate.

Asked whether he was concerned that such shows irrevocably altered the cultural DNA of the country to such an extent that future generations would be little more than hooting fleshpods pressing buttons on a screen to watch another fleshpod jump around on a stage, Cowell said: “Fuck you.”

He added: “Tell you what, if you want a vision of the future, imagine me sneering at a trembling council estate peon as they struggle through their version of The Greatest Love Of All on a loop that can never, ever end.”

In addition to  dedicated channel for Shit Factor and Britain Must Be Stopped, Cowell’s infinity year deal will see him front new talent series such as Fuck This Pig & Win A Ringtone and Dance While I Throw Jars of Hot Piss at You.