Buy A Massive House Free Money Woo Yeah! is being advertised with posters showing money falling out of the sky and the slogan ‘A big house is a happy house’.

George Osborne said: “Hard-working young people feel frustrated when they see a picture of a nice roomy castle with its own swimming pool, banqueting hall and private zoo with monkeys, but they can’t have it due to lack of money.

“Then they feel sad inside, and that makes me feel sad too. Luckily I am in a position to dish out money so everyone can get on the castle ladder.

“The reason this will work is because once everyone has a really fucking big home they will feel inspired by their new surroundings, which will give them more energy to do lucrative overtime at work.”

The chancellor confirmed that in areas with large numbers of eager first-time buyers, helicopters will simply shower the landscape with £50 notes that can be repaid at some unspecified point in the future.

Are you a racist? Take the test 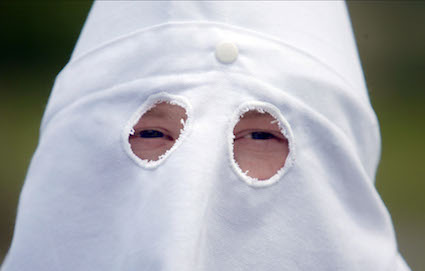 BRITAIN is once again in the midst of a Tory-inspired racism row. Take our quick test to find out how much you dislike others on the basis of ethnicity.

2. Have you ever tried to scare people with false claims about Eastern European immigration?
a) No, I haven’t.
b) Yes, but only because I’m weak willed and eager to please.
c) It’s pretty much how I spend my day.

3. Do you think people who use racist terms from the US Civil War era are simply guilty of ‘poor judgement’?
a) Yes, but I also think they’re horribly racist.
b) America had a civil war?
c) I’m pretty sure it was supposed to be a private meeting.

5. Do you think there is something intrinsically virtuous about being ‘Anglo Saxon’?
a) No, I actually find the whole thing rather embarrassing.
b) No, it’s much the same as being French, but without all the fucked-up geese.
c) Saying the words ‘Anglo Saxon’ makes me climax.

Mostly ‘a’: Well done, you’re probably not racist, but it was only five questions and for all we know you may have an irrational hatred of the Dutch.

Mostly ‘b’: You’re a bit racist, mostly when reading certain newspapers. And you can stop that any time you want, by the way.

Mostly ‘c’: You’re a racist even though you say you’re not and you get all offended by the very idea, like the racist you obviously are.