Gran who doesn’t understand politics really impressed by Theresa May

A WOMAN who mostly ignores politics thinks Theresa May is a wonderful person doing her best in difficult circumstances.

Mary Fisher sees May as a ‘firm but fair’ headmistress type who just wants the best for Britain, rather than an ambitious but strangely incompetent political operator.

Fisher, 63, said: “With this Brexit business going on we’re lucky to have someone sensible in charge who won’t do anything silly to damage the country.

“I think we should get rid of all the troublemakers like Corbyn who just like the sound of their own voice if you ask me.

“She keeps saying we need to be careful with money, which I agree with. I expect she’s like me and saves things in jam jars in case you suddenly need 300 elastic bands.”

Daughter Emma Fisher said: “I’ve tried explaining to her that May is in it for herself, but she just says at least she doesn’t slouch like all the young people these days.” 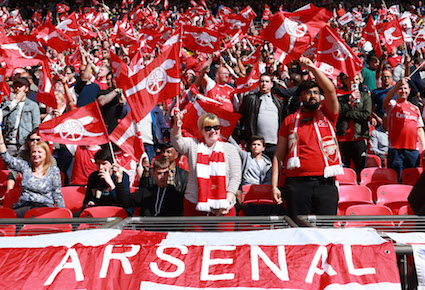 ARSENAL has booked its place in the FA Cup final, setting its fans up for an unprecedented level of soul destruction.

An extra-time winner from Alexis Sanchez saw the Gunners win their semifinal 2-1 against Manchester City, giving the team a shot at glory it will assuredly not take.

Manager Arsene Wenger said: “This season was already on course to be a spectacular disappointment, with losing 5-1 to Bayern Munich, failing to challenge for the league, and finishing behind Spurs for the first time in 22 years.

“And failing to qualify for the Champions League, and alienating vast sections of our fanbase, and losing 5-1 to Bayern Munich again.

“But what would really cap it off would be an FA Cup final defeat to Chelsea where we briefly look competitive before falling to pieces. That would be a disappointment for the ages, and truly the crowning nadir of my time in England.”

Season ticket holder Stephen Malley said: “Getting done over at Wembley by a second-string Chelsea side would be amazing.

“If Fabregas scores, that would just be the icing on the cake, if the icing was made out of bitter tears, and the cake was cat turds and sand.”