A HEDGEHOG has delivered a litter of four hoglets in a polling station for the police commissioner elections.

An election administrator for the station in Newport said: “We arrived to collect the unmarked voting slips from the empty room only to discover nature had moved in.

“These tiny newborn mammals are certainly the most exciting development this morning.

“Judging by the smell I think a fox had been in there too.”

Piggy credit card teaches children not to save 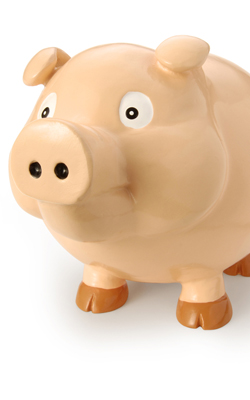 A NEW children’s credit card has been launched to promote instant gratification.

Financial product designer Julian Cook said: “Youngsters need to learn about mindless consumerism from a young age, otherwise the so-called economy would grind to a halt.

“The piggy credit card teaches them that whatever they want, they can just have it straight away and hang the consequences because there’s always a pocket-money day loan if they’re really in the shit.”

Six-year-old Emma Bradford said: “I borrowed £7,500 to buy Furbies in all the difference colours, and quite a lot of sweets.

“It was good but then six months later some big men kicked my bedroom door until it fell in, then they took everything including all my posters.

“The men said I was on a black list of credit and that I had been naughty.

“At first I was sad but then I found out I could borrow more money for toys if I said my name was ‘Harry Potter’ and my address was ‘a castle’.”