Premier League chairmen say they cannot sustain the current model of paying one person twice the GDP of a South American country for what is effectively manual labour.

Clubs are exploring non-financial inducements to keep stars, such as building glamour model finishing schools next to training facilities and allowing players to advertise their aftershave range before taking free kicks.

But Tom Logan, third choice goalkeeper for Stoke City, said: My agent says theres plenty of clubs in the Arab Emirates interested in my nominal hand-eye coordination, so the guy from Foxtons is round on Monday to value my ludicrously huge house.

If you think this shows a lack of ambition Ill just reiterate  third choice. Goalkeeper. Stoke.

Chelsea and Manchester City say they would otherwise struggle to become financially viable unless they could start charging £400,000 for a meat pie.

A Chelsea spokesman said: I met with our striker and told him that hed never earn more than £150,000 a week with us.

“He looked like Id told him Santa didnt exist, which is another conversation I’m dreading.” 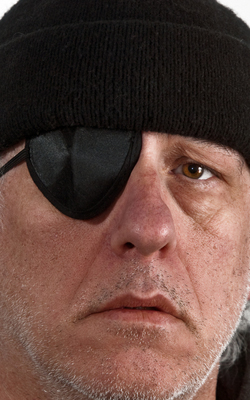 Independent candidate Malley won with four votes, or 80% of the entire vote for the county, after a successful campaign in which he threatened to burn his neighbours’ house down.

Malley, whose colourful past includes losing an eye in a machete duel, said: “In the past the police and I haven’t always been on the same wavelength, especially after I strangled someone with barbed wire.

“At the time I said I didn’t do it, but now I’m a boss copper I suppose I can come clean. What am I going to do – arrest myself? Also that was a long time ago.

“I feel very strongly about the legalisation of murder, although only for people who owe me money.

“And I’m going to be very tough on rival drug gangs. Obviously not on my own drug gang, that would be idiotic.”

Malley likes to spend his spare time in his heavily-fortified detached home ‘with a load of prozzies’.

He said: “I love my dogs, they’re called Scorpion, ‘Da Boss’, and Quickfire.

“In fact, I’m changing the law so that you don’t need to have pitbulls on a lead and if they attack anyone the victim pays a cash fine.”