ANY child that touches Pudsey bear will get a massive electric shock, it has emerged.

Wary of further accusations of ’70s style’ behaviour involving minors, the BBC has electrified all of its Pudsey costumes. The wearer is protected by special insulation, but anyone who touches the bear will get a jolt strong enough to kill an adult cat.

Parent Tom Logan said: “We were at a Family Fun Day in Derby, my six-year-old Sam ran up to Pudsey and hugged his leg.

“There was a crackling sound, a terrible smell of melting hair and an ear-piercing scream as my son was catapulted across the playing field like a shot putt.

“Apparently Sam had some Fanta on his hands which had amplified the current. He survived but is now terrified of any sort of humanoid animals, which pretty much means his early childhood is ruined.

“This has changed my attitude towards Children in Need from grudging tolerance to outright hostility.”

However mother-of-two Emma Bradford said: “I still don’t think they’ve done enough. How do you know who’s in the costume?

“They should make the suit see-through so you can be sure the person inside isn’t having a wank.”

Peaches Geldof pregnant with herself 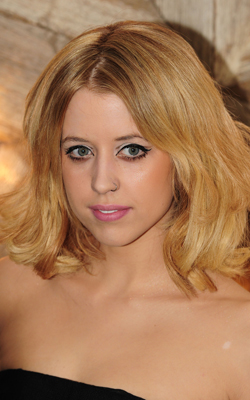 PEACHES Geldof has revealed she is due to give birth to herself in less than two months.

Speaking at a fashion industry party in a Dalston public toilet, blogger/socialite/DJ Geldof explained she would be taking time out from her manic schedule to become a tiny version of herself in her own womb.

She said: When I found out it was me in me I was like, WTF?

“One minute Im sitting next to Pixie Lott, giving out death stares at a fashion show, the next, Im encased in amniotic fluid. How totally psyched is that?

Gynaecologist Dr Linda Graham said: This is an extremely rare phenomenon which only affects a small minority of pathologically self-absorbed mothers-to-be.

“Peaches has devoted so much time to thinking and talking about herself that she has somehow impregnated herself with her own self-image.

In cases like this, the biggest challenge for the obstetric team is ensuring Peaches doesnt bore them stupid with tales about her edgy life in NYC and how she once read the back cover of Slaughterhouse Five and it was, like, totally trippy.

Doctor Stephen Malley said: “Peaches is doing an excellent job of kicking and receiving nutrients through her own umbilical cord.

“At this stage, or indeed at any stage, there is no requirement whatsoever for her to explain the laws of quantum physics. ”