GORDON Brown has flown into Baghdad to enlist the terrified Iraqi population in his bid for re-election.

As the Tories sought to take control of the political agenda back home, Brown used his visit to the war-torn country to underline his credentials as a man who can meet the challenge of holding on to a £150,000 a year job.

Arriving in Baghdad, Brown said: "I have just got off an official plane in a very hot country filled with reporters from all over the world.

"Right now, David Cameron is probably in a second-rate Blackpool hotel room talking to the Daily Express about his favourite cheese.

"Leadership means being ready and willing to recognise that war, suffering and death can always be turned around and put to devastating political use."

Brown also told beleaguered British troops that he will bring them home when it is in the best interests of the Labour Party.

He added: "These poor Iraqi people, being blown up every time they go to the shops, are an example to us all.

"They understand the importance of British democracy and my obsessive desire to destroy it.

"And as I stand here in Baghdad, with its occasional electricity and awful smells, I think to myself, 'I knew this would come in handy, I'm so glad I gave Tony Blair the money to do it'." 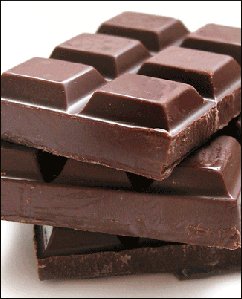 A LARGE bar of milk chocolate stops lazy people from telling lies about how exhasuted they are, new research suggests.

A single 250g bar of Green & Blacks’ Oragnic could make chronic fatigue sufferers confess that they really weren’t that tired at all and just liked loafing around the sofa and watching television.

However, people still pretended to be ‘really quite exhausted’ when offered lower grade chocolate snacks, with most not admitting anything even if presented with a box of Maltesers, two Milky Ways, a Blue Riband and a packet of Penguins, the researchers said.

Dr Wayne Hayes, of the Dundee Medical School, said: “These people were apparently so knackered that they had to watch the Jeremy Kyle show and Richard and Judy because they were too weak to press the buttons on their remote controls.

“Some claimed to be so exhausted they could not even switch off Countdown or Paul O’Grady, but they were probably telling the truth.

“Yet when we offered them a free lifetime’s supply of luxury milk chocolate on the NHS they suddenly all said they felt very strong.

“We think that it may be that chocolate has some complex chemical effect on the truth neurons in the brain. Alternatively, it may just be that people will do anything for free chocolate, even incriminate themselves with inspectors from the dole office pretending to be researchers from a reputable university.”