How I got f**ked over by Boris for four years, by a Brexiter

FOR four years, Boris Johnson was everything to me. I adored him and believed all his wild promises. But now I realise I was just being used.

We’d been flirting for years through his Telegraph columns. I was flattered that an educated man able to quote Horace in Latin would give me, a Middlesbrough warehouse operative, the eye.

So when he first began to woo me directly, I was helpless to resist. It was all behind the Tory party’s back and felt thrillingly illicit. He even screwed me with his big red bus.

After the night of 23rd June, 2016, I thought we could finally be together. But instead he showed his cowardly side and let that bossy woman take everything we’d worked for.

Still I kept seeing him despite my qualms, and whenever he insulted a foreigner I knew it was his way of squeezing my thigh under a table.

So when he humiliated her so dreadfully she walked out, I saw my chance. I gave him my all, my body and soul, and let him do things to my Red Wall that nobody had done before.

He f**ked me every way a politician can f**k a voter. And now I know that he was the person everyone warned me about, all along.

Will I still vote for him in 2025? When he turns on that tousled charm, how can I resist? 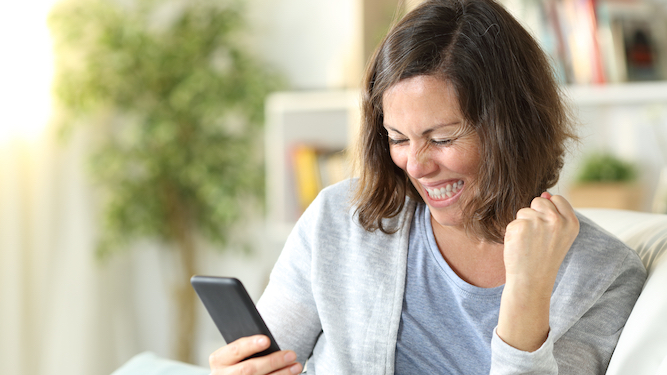 A 39-YEAR-OLD woman asked for ID when buying alcohol will not stop banging on about it, sources have reported.

Francesca Johnson has so far told all her friends, five acquaintances, her neighbour and a random stranger walking his dog about the ‘embarrassing’ incident.

Johnson said: “I didn’t understand what the girl in Waitrose said at first. Can you believe it? I thought it was a new Covid rule!

“I explained I had two children, laughing because it was so daft, and she just shrugged. ‘My eldest’s taller than you!’ I said.

“She still didn’t put through my wine so I said I hadn’t carried ID for twenty years, and pointed out that I was purchasing a £9 oak-aged Rioja Reserva plus a copy of the Sunday Times, not two litres of WKD!

“Anyway eventually she let me off. Now excuse me, I just need to WhatsApp my old best friend from school to tell her. Now there’s someone who’s aged badly in the face.”

A spokesperson for Waitrose said: “It’s company policy to ask, but we’re considering changing it for middle-aged women who cause long delays with their pealing laughs of gratified hysteria.”

Husband Tom said, “Ah, yes, the story about the ID. I think Francesca is contemplating selling the film rights.”