How to be a heroic migrant hunter, by Nigel Farage

IS there any nobler calling than grassing up refugees fleeing war zones? I think not. Here’s my guide to tirelessly standing guard over Britannia’s borders.

You’ll need protection from the elements for long stints of coastal observation, so I’d suggest a pub. Ideally one with Spitfire on tap. Neck a couple of sharpeners to ensure you can spot the offenders, pop 40p in a seafront telescope and you’re away.

Not to spot the invaders making a dawn crossing, but so you can be on breakfast news. They’ll still have me on GMTV, even though most of this immigration bullshit is my fault in the first place.

Be ready for rough stuff

Migrants aren’t like us and may react unpredictably when challenged by a former president of the Rotary Club, so make sure you’ve got the stomach for witnessing unpleasant scenes as the police take all the risks and you film it on your phone.

A photo-op no TV crew will be able to resist, and you can pretend you’re Drake, Nelson or Captain Edward Smith. Obviously I’d like to be armed with cannons to sink the buggers, but I’d lose my £120 deposit on the sightseeing boat. Ladies and gentlemen, I give you health-and-safety Britain.

Even if all you’re doing is hanging around Dover making a nuisance of yourself while asylum seekers get processed, talk about ‘invasion’ and ‘national humiliation’. If terrified grannies can’t sleep for worrying about the Arabs taking over, you’ve done the right thing.

Don’t forget the other borders

I’m focusing on the Channel at the moment, but do we really want the Welsh and Scottish swarming across our land borders? I think you can guess my opinion. 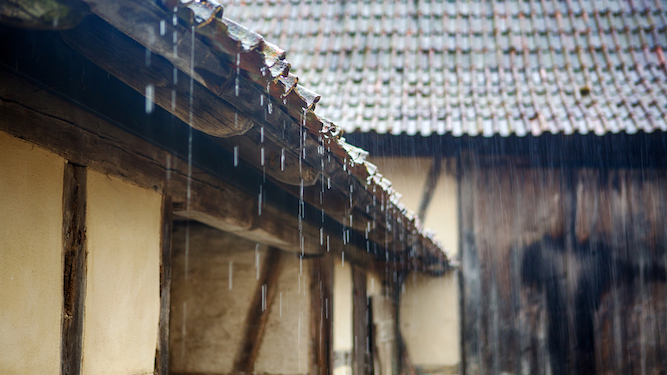 HAS your lovely holiday weather been brought to an end by a huge storm? Here’s eight things to do until it’s over:

Look out of the window

Isn’t there a lot of rain coming down? Isn’t it coming down fast? You could see for miles this morning and now you can hardly see across the next field. Don’t you feel nice and safe?

Look out of the other window

If you go upstairs, you can see a family caught in the rain. See, they’re running in shorts and flip-flops! They haven’t got coats! Their fish-and-chips are getting soaked! That one’s fallen over! Such innocent fun.

Get a boardgame out

There’s some boardgames in the cottage, so why not play one? Let’s set this one up, with the hexagons. Oh, some of the bits are missing. Okay, what about Cluedo? Half of this one’s missing as well. Still, passed ten minutes.

Put the telly on

Put a DVD on

There’s loads of DVDs, let’s put one of those on. Watch a film. Not a great selection though to be honest. Most of these were free with the Mail on Sunday in the 00s. The Wild Geese, why not, never seen it.

The electricity’s gone off

Shit. Is it a power cut? Is it lightning? The street light’s still on. Didn’t it mention something about this in the cottage book? Who’s got a phone with some charge?

Bloody ridiculous this. Meant to be a holiday. Where does it say the fuse box is? F**king hell it’s outside. Right I’m going out. This must be the one. Has that worked? No that’s the other cottage. Sorry! This one. That’s worked.

Look out of the window again

Rain’s easing off now. Cooled everything down a bit. There’s that family again. Looking for something. Must have dropped their car keys.