I condemn both sides of the 10p Freddo debate, says Corbyn

JEREMY Corbyn has finally spoken out about the increasing price of Freddos, saying that both sides ‘have a point’.

The Labour leader was under increasing pressure to take a stance on the frog-shaped chocolate treat, which traditionally carried a 10p price tag but has recently rocketed to 30p.

He said: “There’s wrongdoing on both sides of the Freddo debate. It’s a very sad situation. Basically, I condemn all Freddo-related activity.”

Since the announcement in March that the cost of Freddos could reach upwards of 30p, pressure has been mounting on the opposition leader to take a stance.

Following a conspicuous five-month silence on the issue, Corbyn finally spoke out, blaming the USA for destroying the world’s economy, which has had the knock-on effect of skyrocketing Freddo prices.

“The rising cost of Freddos is a result of neoliberalism and American corporate greed, which has ravaged the economy, thus causing hyperinflation, the result of which is a 30p Freddo.”

But just hours later, Corbyn U-turned on his stance, saying that, if elected, he would ensure access to free Freddos, and take care of’ all historical Freddo-related debt. 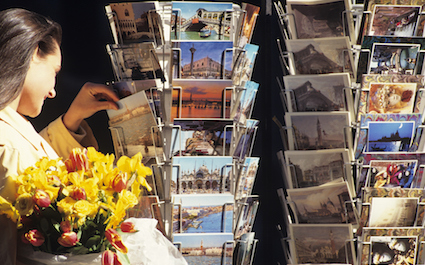 MASTERING a foreign country’s postal system to send two sentences to a grandparent you will speak to before it arrives ruins holidays, Britain has agreed.

The simple request, routinely made by the over-50s, means about four days of hunting down stamps and finding out what a postbox looks like.

“Why not booking a train journey, or complaining that the pH of the pool is too high, or signing up for a course of judo lessons, or something easy?

“Instead I’ve got to exercise the conversational Portugese I don’t have by finding out how many stamps to England, then finding a post office, and I’ve got sod all to write about anyway because Mum insists it’s done on day one.

“I could text. She’s just texted me. She said ‘Don’t forget the postcard! Smiley.’”

Mother Anthea Ryan said: “Ten days and it’s not arrived. I don’t know what she’s doing out there! I’ll text.”