I don't know who did you this deal but it's shit, says May

THE prime minister has advised Britain that whoever got them this Brexit deal ‘must have been a right cowboy’ and promised to get a better one.

Theresa May has looked over the Brexit agreement while slowly shaking her head and muttering ‘dear oh dear oh dear’, and ‘what fuckwit put this together?’

She continued: “Have you tried to get it past your ERG check? Yeah, didn’t, did it. And I bet it failed the DUP as well. Honestly.

“Yeah, I mean I dunno what whoever did this thought they were doing, but it’s just not up to standard. Bet they told you it was the only possible solution, even when they knew it’d never go through Parliament.

“The problem’s this backstop, you see? Said you had to have one did they? No, you need to get that taken out and replaced with technology. Doesn’t matter what type. Just technology.

“Yeah, I’ll get to work on that for you. They know me at the suppliers in Brussels, I’m always there, so they’ll do me a special deal. No problem.”

Leader of the opposition, Jeremy Corbyn, said: “Her? You don’t want to trust her with it. I’ll get you a way better deal. You’ve got my word, that’s all you need.”

Your parents may have heard you say 'oh f**k, not them' on FaceTime 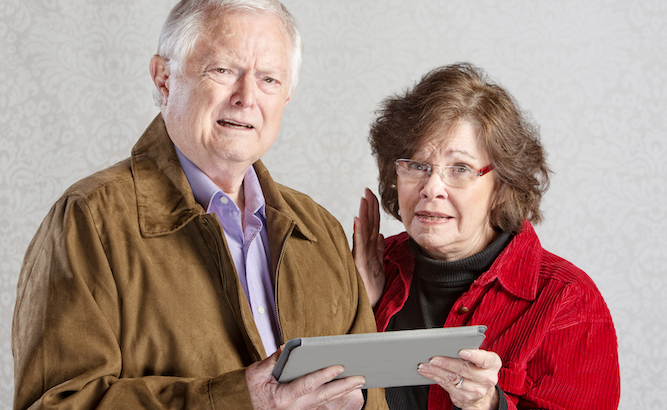 APPLE has emailed millions of customers to warn that their parents have heard them say ‘oh fuck, not them again’ over FaceTime.

A security flaw means that anyone calling over FaceTime heard anything you said before answering the call, including ‘fucking hell, it’s hard enough listening to them without having to stare at their stupid expressions’.

The email continued: “For this to happen the caller would need to have wrongly pressed the ‘group chat’ button, which is exactly the kind of thing your parents would do.

“This means that your mum and dad, who love you, have heard you say ‘shit, hide the bong,’ ‘don’t answer until I’ve shaved, I need to ask for money’ and ‘those arseholes again’.

“We regret this breach in customers’ personal security, but remind you that it was your idea that they buy an iPad in the first place because you were sick of fixing their PC.”

Nathan Muir, from Colchester, said: “But that doesn’t explain why my girlfriend, who’s in Australia right now, said ‘quick, hold this and lie down so your penis looks like a table lamp’ before answering yesterday.