IAIN Duncan Smith would have resigned over benefit cuts last year, but got distracted by ‘stuff’.

The former Work and Pensions Secretary said he had ‘pencilled in’ a resignation for last April but then ‘got involved in a whole big thing with the guy who was redoing our driveway’.

He told the BBC’s Andrew Marr: “He quoted nine grand, but then there was the usual bullshit and the price goes up by 20 per cent.

“So I’m dealing with this driveway shenanigans and trying to remember to write a resignation later, because the previous benefit cuts had been really upsetting, you know, for me personally.

“Anyway, this year I remembered to resign so that’s that taken care of. Finally.”

Mr Duncan Smith said he ‘hadn’t heard anything’ about the upcoming EU referendum but said it sounded ‘interesting’ and now that the driveway was done he would ‘probably get involved’.

Northern couple on Tube don’t know how to get off 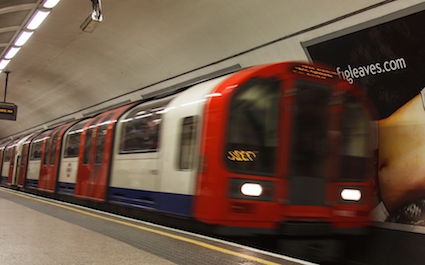 A HUSBAND and wife from Yorkshire have been stuck on the London underground for more than two weeks.

Tom and Helen Booker entered the series of tunnels at King’s Cross in a doomed attempt to get to Leicester Square.

Mr Booker said: “Why does it have to be so complicated? I’m fairly sure we’ve lost our reservation at the Aberdeen Angus Steak House by now.”

Mrs Booker added: “I told him we should have gone to Leeds. But here we are, starving to death in some kind of underground rat run.

“Could someone feed our cat?”