I Warned Of Crisis Ten Years Ago Then Did Absolutely Nothing About It, Says Brown

GORDON Brown yesterday said he warned of the financial crisis 10 years ago but did nothing to stop it because, quite frankly, he wants us all dead.

In a speech to the Foreign Press Association in London, Mr Brown said: "At any point I could have stepped in and made the necessary changes that would at least have protected the UK, what with me being chancellor of the exchequer and everything. But then I thought 'where's the fun in that?'.

"I was watching that new Batman film the other night and there's a bit where Michael Caine – he plays the butler – says that 'some men aren't looking for anything logical, some men just want to watch the world burn'. That's me, that is.

"Now some people are saying that my bank bail outs aren't working and if I'm not careful I'll end up destroying our entire financial system and bankrupting the country. Well, d'uh!"

"They keep giving me these little yellow pills, but I don't think they're working. If anything they make me even angrier and I just want to start bigger and bigger fires.

"I guess it's only a matter of days now before I set fire to a car. Then it'll be a church, a hospital, a row of quaint, terraced cottages. I'm just letting you know." 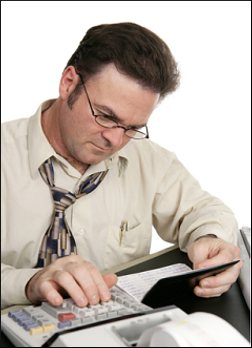 Researchers have confirmed that years of determined self-abuse will leave you with a malignant prostate the size of a clenched fist, leading to an embarrassing death and a legacy of unutterable shame.

The Institute for Studies asked 800 men how often they had sex or masturbated between the age of 20 and 40. They then divided the first figure by ten and multiplied the latter by 100.

After inspection, those who claimed they masturbated 40 times a month were stared at silently by a female researcher sucking a pen until they mumbled ‘eighty’, and finally ‘okay, at least 120’.

Professor Henry Brubaker, said: “There will be millions of worried men out there tonight desperately counting up all the wanks they’ve ever had.

“Ladies, if your husband or boyfriend is frantically punching numbers into a calculator and rubbing his brow, then make him a cup of tea and some cheese on toast. He’s probably in for some rather bad news.”

Tom Logan, an estate agent from Croydon, said: “I know I had sex maybe 18 or 19 times, but the wanking? Christ knows. Remember, this was all pre X-box. There was, quite literally, nothing else to do.”