I wouldn't change one thing about the past year, says Theresa May

THERESA May has told colleagues she had a wonderful 2017 and there is not one single thing she would do differently.

The prime minister has been reflecting on her first calendar year in Downing Street and told an empty room she has no regrets whatsoever.

She continued: “Not everything’s gone perfectly, of course, but that’s politics.

“However when people ask if there is anything I would go back and change, any decisions which in hindsight proved to be wrong, any one specific miscalculation I say no. There is not.

“Certainly there’s no way my 2017 could be reduced to one particular turning point at which everything dramatically got worse for me. Life’s more complex than that.

“No, in the words of Kylie Minogue, ‘If I had to do it all again, I wouldn’t change a single thing’. Not a thing. Not a solitary thing.”

May added: “Actually just one thing.” 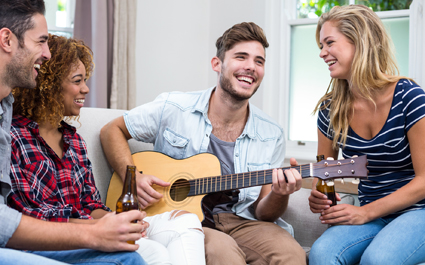 A WOMAN whose boyfriend is a keen amateur songwriter has told him she only wants a present that has been bought in a shop, with actual money, this Christmas.

Susan Traherne who has been dating guitar player Tom Booker for five years  has received a ‘home-made’ song every Christmas.

Traherne said: “Last year I got him an expensive jacket and he gave me a song about a little Robin called Susan that lives in a hedge.

“It’s like me giving him the thought ‘I must pick up some eggs and some ham.’ If I set it to music is it a present?

“I’d like to return this song, because the chord progression is shit and the singer sounds like he’s got a nasal infection. Have you got the receipt? No. Exactly.

“I wouldn’t make up a dance and say that’s your present. “

Guitarist Tom Booker said: “What would you rather have, a song made with love or a Panettone and a mug bought with spite and resentment? “

Traherne added: “And if he ‘gets me a poem’ I am going to lose my shit.”