LABOUR leader Jeremy Corbyn has told Theresa May that if she strikes him down, then it is she who will truly have lost.

The wise elder, who spent decades in the wilderness, told the prime minister that he may seem old and his powers weak, but that she cannot win this battle.

He continued: “My body may fall, but my beliefs will become stronger than ever. A new flame of socialism will be kindled throughout the galaxy.

But justice secretary Liz Truss said: “No, I’ve seen this one. Do it.

May confident Britain’s rabid, insane press will never turn on her 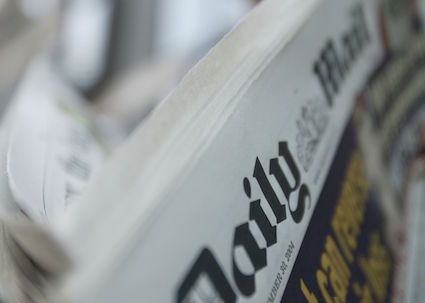 THE prime minister remains secure in her belief that Britain’s frothing, maniacal tabloids will always be on her side, no matter what.

Theresa May, who has looked approvingly on while the press has declared the judiciary traitors, fellow politicians saboteurs and agitated for war with Spain, knows that they would never do anything to hurt her.

She said: “The Daily Mail’s just a big softy really.

“Certainly it’s horrendously brutal towards opposition leaders, and foreigners, and Scotland, and the poor, and any Tories who disagree with it even slightly, savaging anyone who crosses it even slightly, but it wouldn’t do that to me.

“I’m confident that even if I didn’t get exactly the Brexit deal it wants and we have to allow some immigration to keep our industries going, it’d understand and wouldn’t without warning go for my throat, not stopping until I was dead.