THE prime minister’s wife responded to his gift of a used Nissan Micra by going mental at him, it has emerged.

After hinting to his wife that he was going to get her a special present, David Cameron spent £1,500 on the used hatchback from a local garage.

Samantha Cameron said: “I don’t even know what that is, it looks like a handbag on fucking wheels. I’m not fucking driving that.”

After a short pause, the prime minister replied: “It’s a Nissan Micra 1.2. It goes very well, I think it’s kind of funky.

“You said you wanted a little runaround, take the kids from A to B type thing. Nothing flashy, you told me.”

His wife began crying. She said: “Yeah but I thought you’d at least get me a 2012 Land Rover Discovery with the heated seats.

“I bet even Corbyn’s wife, assuming he’s got one, has a Discovery or a Jeep Cherokee.

“You get to drive around in a Jag with rocket launchers and I get a shittan shitbox. I’m a woman of breeding and status, David, you’ve seen how tall and intimidating my family is.

“I should have married George Osborne, his bloodline is good and he doesn’t go round buying shit off Gumtree.” 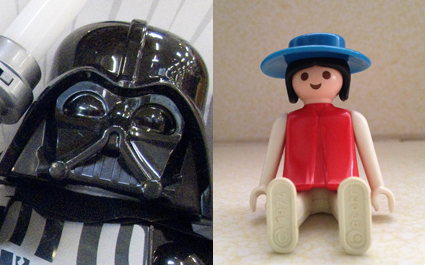 LEGO characters are arming themselves in preparation for wiping all Playmobil figures from the face of the earth.

Lego and Playmobil characters first clashed in 1998 when a six-year-old boy tried introducing figures from the Playmobil Dragon Land range to a Ninjago castle, and have remained bitter enemies ever since.

Lego ninja Tom Booker said: “With the addition of new psychopathic characters, the Lego universe finally has the might to eradicate the weak, ineffectual Playmobil scum.

“We must act now before they finish building the rumoured Playmobil ballistic nuclear weapons system, which you can apparently already pre-order from Toys ‘R’ Us.

“We will scalp them all by pulling off their strange indie-kid hair.”

Booker added: “Although not a brick-based building system, we believe Playmobil people are derivative of us and thus do not recognise their right to exist.

“We will kill them all and then we’ll move onto Sylvanian Families, which are clearly terrifying, especially the rabbit ones.”