'I'm still in control', says most ironic prime minister ever

THERESA May is head-and-shoulders ahead of rivals in the competition to be Britain’s most ironic prime minister ever, historians believe.

May, who responded to losing a crucial Brexit vote by proclaiming herself even more in control than ever, has used her inability to say anything which is not the exact opposite of the truth to build an unassailable lead.

Professor Helen Archer of Cambridge University said: “Britain is the home of irony so consequently we’ve had some pretty ironic leaders.

“Pitt the Younger was 92, for example, and in recent years the entire Gordon Brown premiership can be viewed as a particularly cruel joke about his supposed competence as a chancellor.

“But, from her early claims to unite the country while pursuing deeply divisive policies to the whole ‘Strong and stable coalition of chaos’ thing to today, May is mining the irony seam to new and bitterly hilarious depths.

“I mean, technically every statement is ironic because she begins with ‘I have been very clear’ before being the exact opposite. Though the DUP’s ‘magic money tree’ is probably her absolute peak.

“So based on taking her words and assuming the inverse, she’ll lead us into financial disaster and spiralling inequality while not getting us anywhere near Brexit. Halfway there already.” 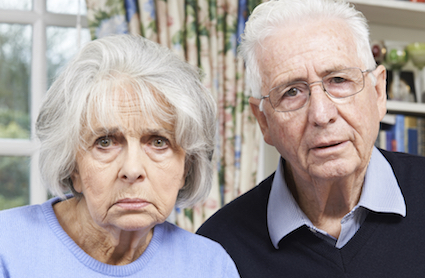 It is the fifth year running they have had to endure imaginary miserable weather worse than the great 1947 freeze.

Tom Logan, 67, said, “We’ve shut our curtains to keep in the warm and are living on tins of baked beans. I imagine snowploughs will be out in force soon but we’ve heard nothing – thanks to Diane Abbott.

“Fortunately, despite the terrible conditions, they’re somehow managing to deliver the Daily Express every day so we’ve got a lifeline to what’s actually going on in the world. All the radio and TV stations are down, I shouldn’t wonder.”

Logan referred to an imaginary ‘spirit of the Blitz’ which he said was helping to sustain his own household and an imaginary, resilient English community.

He also said that this would show imaginary scrounging migrants precisely the sort of stern stuff the English were made of.

Meanwhile, Logan castigated an imaginary liberal elite for upholding imaginary health and safety conditions which were somehow responsible for their imaginary predicament.