BRITAIN has agreed that Theresa May’s humiliating defeat is undeniable evidence of karma.

Millions of people rejected the idea that the defeat was due to a flawed Brexit deal and a deeply divided party, insisting it was simply the spiritual law of the universe.

Hairdresser Nikki Hollis said: “I think the mysterious forces of the cosmos have decided she needs to punished for Windrush, her Brexit opportunism and probably even those shit jokes she keeps making.”

Meanwhile, any brief pangs of sympathy for the beleaguered prime minister quickly disappeared when voters remembered who she is and what she is like.

Office worker Tom Logan said: “I thought about how awful another setback must be for this poor, stressed-out woman who looks a bit like my mum. Then I thought, ‘Fuck it.’

“I remembered her lying about the cat. And using horrible bigots for her own ends. And putting her own career above the interests of the country. Those are the sort of things bad guys do in films.”

Hollis added: “If you were on a life raft with her she’d probably push you overboard while you were asleep so she could have all the water and survival biscuits.”

All options ruled out 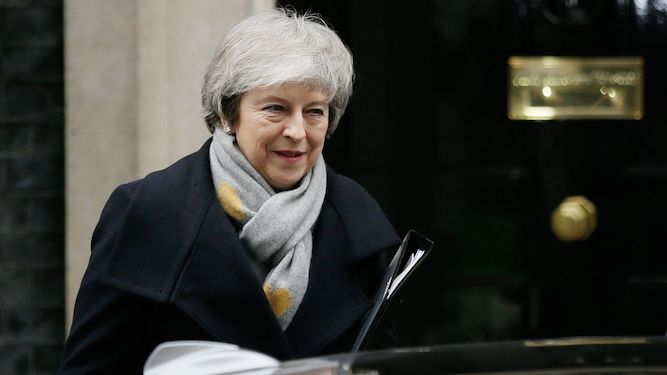 THE UK’s political leaders have ruled out the Brexit deal, a no-deal Brexit, a second referendum, a general election, remaining in the EU and continuing the current situation.

The prime minister and the leader of the opposition have agreed that none of the options available to them are tenable and must all be dismissed before any progress can be made.

Jeremy Corbyn said: “The British people are sick of their humdrum range of limited choices.

“Nobody wants a second referendum. Nobody wants a no-deal exit. The only deal on the table has been resoundingly rejected, and though I claim to want a general election I’d actually rather just take over but there’s not the support.

“But I can say categorically that we reject all the options so far raised, and indeed anything confined by the arbitrary limits of the merely possible.

“Perhaps we could exist in a quantum state both in and out of the EU. Perhaps Britain splits into a thousand warring factions. Perhaps we wink out of reality to return for one day every hundred years.

“Either way, we’re resolutely opposed to doing anything that we could actually do. Your move, universe.”