HOME secretary Jacqui Smith has changed her name to 'Trixie Beaver', it was confirmed last night.

Ms Smith said the new name was a major step forward in her drive to complete the pornification of the Home Office by the end of this year.

All male staff will be given three weeks to grow a thick moustache, while all female staff higher than grade four will now be known as 'vixens'.

Meanwhile junior female staff will be told to behave like young, naive country girls who have just arrived in the big city and are willing to try anything once.

Later this month Ms Smith and a delegation of senior Home Office officials will embark on a fact-finding mission to the US city of Dallas in a bid to find out exactly what Debbie did and where she did it.

Other government departments are expected to follow suit over the next six months with the Department of Health finalising a series of pamphlets on oral fun.

But chancellor Alistair Darling stressed there were no plans to pornify the Treasury as it has been fucking Britain in a wide variety of exotic positions for over a decade.

Ferguson Reveals Ending To 'The Wire' 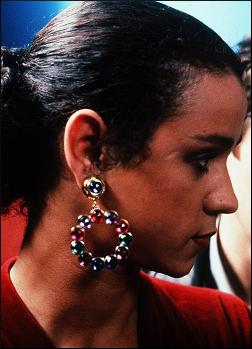 SIR Alex Ferguson last night continued his policy of ruining the ends of things by revealing the conclusion to hit US drama series The Wire.

Interviewed after Manchester United's last-gasp winner again Aston Villa, Ferguson destroyed the hopes and dreams of the thousands of viewers who have just started watching it on BBC2.

Speaking to the Shopping Channel, the last remaining media outlet he is willing to talk to, the United coach praised the referee for allowing 26 minutes of stoppage time before bellowing out the endings to a series of popular films and TV shows.

Before the match, Ferguson roamed  the stands with a pin, bursting small children’s balloons and screaming that there was no Father Christmas into their sobbing faces.

He has also been banned from all libraries and bookshops in the Greater Manchester area for tearing out the last page of crime novels and then sellotaping it inside the front cover.

Meanwhile in a horrifying conclusion to yesterday's game, United's winner was scored by debutant Federico Macheda, recently grown from a petri dish in the club's Youth Laboratory.

Ferguson said: "There are millions like him in test tubes and beakers just waiting to be released. Eventually I will make one that can fly."

The result led to widespread disturbances across Liverpool where local police said that lootings were almost 1% higher than a typical Sunday night.