Jeremy Corbyn's cat to be deported for not learning English

JEREMY Corbyn’s cat is under threat of deportation for only answering to ‘El Gato’.

The black-and-white cat refuses to answer to anything but the Spanish term for ‘the cat’, despite having been resident in the UK for more than six years.

Neighbour Eleanor Shaw said: “When it’s defecating in my garden it never responds to the plain and simple English phrase ‘fuck off’. I have to shout ‘vamos’.

“It’s made no effort to integrate with the other cats in the community, preferring to engage in territorial warfare so that it can build some sort of fundamentalist foreign cat terror state.

“Doesn’t turn his nose up at good old British Whiskas though. Oh no, he’ll have that for free.”

The prime minister said: “‘El Gato’, who sounds like a drug kingpin, has nothing but contempt for British culture.

“He will be deported within the next six months unless he learns enough English to work driving an Uber.” 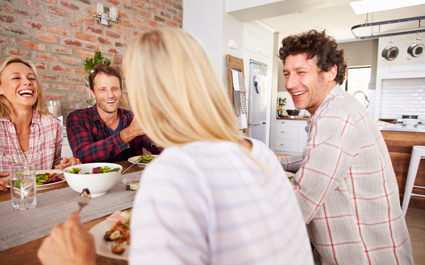 A DINNER party host has explained how a bland meal took a ridiculous amount of time to cook.

The unremarkable lamb dish served by marketing manager Bill McKay somehow took three days to prepare, although the same results could have been achieved in an hour.

McKay said: “The prep time was about six hours, not including sourcing everything from local suppliers. The secret is to marinade it overnight with special herbs, then cook it ‘low ’n’ slow’ over the course of 72 hours, frequently basting the meat in its own juices.”

Guest Donna Sheridan said: “It was just a hunk of meat really, with a slightly blackened exterior. Definitely on the dry side but then he cooked it for fucking ages so that’s not surprising really.

“Bill’s laboured joke about spending so much time in the kitchen that he might have to put a bed in there was also clearly a piece of emotional blackmail. I think I hate him.”

“He’s got us exactly where he wants us – in a tangled web of deceit caused by our own cowardice and hypocrisy. The bread rolls were okay though.”