CHELSEA captain John Terry has revealed that his legs have worn away to tiny stubs.

Terry’s lack of legs was long rumoured, but he managed to keep his condition a secret until last weekend’s 3-3 draw with Everton during which he emerged on a mobility scooter, scoring a last-minute equaliser after Everton’s defence failed to pick up the vehicle.

Terry said: “Decades of frantic running around, not to mention knee, ankle, calf, thigh, hamstring and metatarsal injuries, have left me with just a pair of shiny nubs where my legs should be.

“I always wanted to play every minute of every game, but now Gary Cahill and Kurt Zouma have to literally carry me through matches. It turns out the pain barrier might be there for a reason.” 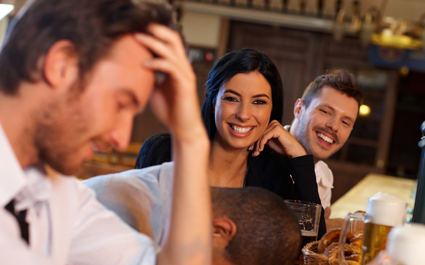 A MAN who tried to help someone has been comprehensively mocked and criticised for it.

After giving £10 to a homeless man for a bed in a hostel, office worker Tom Logan has been accused of everything from being a gullible arse to a sort-of drug dealer.

Logan said: “When I mentioned it in the pub I everyone reacted as though I’d decided to join ISIS. My friend Paul laughed in my face and said I was a ‘mug’ and the homeless guy would have been laughing at me as he prepared ‘a nice big syringe of smack’.

“His girlfriend Lucy said that if you’re going to give them anything it should be a packet of Biros to fill in job application forms.

“Then they raised their eyebrows at each other as if to say ‘he is a fucking idiot’.”

However Logan said he would think twice before giving money to anyone again, especially after Lucy described reading an article saying charities spend 99 per cent of their income on administration.

Logan added: “Today I’ve learned that compassion is a flaw. Better just to spend money on beer, nobody seems to have a problem with that.”