BORIS Johnson has been beaten by the supreme court like a f**king gong at dinnertime, it has emerged.

The supreme court has unaminously ruled that prorogation was illegal, that the prime minister lied to the Queen, and that parliament is back in session like a motherf**ker.

Lady Hale, president of the supreme court, said: “We are bound to conclude that the prime minister’s advice to Her Majesty was not just bullsh*t but fresh, steaming bullsh*t of the most noxious sort.

“In accordance with that decision, which places on the record that Boris Johnson is a lying sack of d*cks, parliament has not been legally prorogued, remains in session and is back, baby.

“The Speaker of the Commons will take the necessary next steps to ensure the lawful meeting of the House as soon as possible, which should include the p*ssing on of the prime minister from a great a height as can be secured.

“In summary, that f**ker lied to us, he lied to you and he lied to the highest authority in the land and we do not hesitate to recommend that he should be kicked in the b*llocks until he has no b*llocks remaining.

“If any within the government have questions about our judgement they should stick it up their ars*holes sideways. Thank you.”

Taking the absolute p*ss up 800 per cent 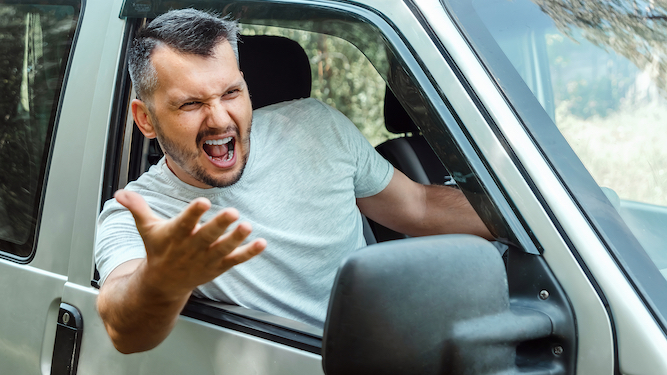 RESEARCH has confirmed that the number of people blatantly ripping the p*ss is eight times higher than in 2009.

A survey by the Institute for Studies has shown that over the last decade, cases where people must be surely having a f**king laugh are increasing at an exponential rate.

Professor Henry Brubaker said: “At first, we thought these results were themselves attempting to p*ss us about. But they are entirely serious.

“Let’s not forget, we’re beginning from a time when bankers, after almost destroying the world economy, decided the time was right to begin awarding themselves bonuses again. So the level of p*ss-taking was already high.

“But since then, perhaps inspired by national politics, it seems that everyone from other drivers to the weather to your boss at work is taking the absolute p*ss pretty much all the time.

“It is, and I don’t say lightly, a total f**king joke. And somebody is going to get a slap.”