Just like anyone else who is terrible at their job, I’m not a quitter, says May

THE prime minister has confirmed that she is not a quitter but someone who continues in a job far beyond her competency causing immense damage.

May, who is currently in China ruining the UK’s chances of a trade deal, insisted she is not one of those people who quits when they realise they are not up to it, as if that were a good thing.

“Quitters are people who look at the job in front of them, realise they’re not remotely capable of it and walk away before they break something important.

“I wasn’t a quitter when I was buggering up the Home Office, I was the only person who didn’t quit the leadership contest when it became obvious the winner was doomed, and I’m not quitting now.

“It would clearly be better, for both myself and the country, if I was a quitter. But I’m not.”

Opposition leader Jeremy Corbyn said: “I, too, do not quit even when hopelessly out of my depth. And believe it to be a virtue.”

Woman who 'doesn't want to butt in' manages to 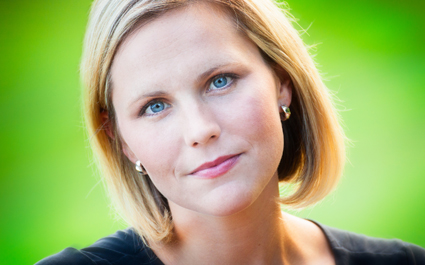 A WOMAN who ‘really doesn’t want to get involved’ in someone else’s argument has managed to find a way of doing so.

Emma Bradford who feels ‘put in the middle’ of a conflict between her mother and sister, does not wish to be involved, despite having spoken to each of them about the issue on five separate occasions in the last 24 hours.

She said: “Honestly it’s none of my business that my mum is furious about being left out of Susie’s 30th. I told Susie it’s between the two of them to work out, but I did add that mum was overreacting – just to reassure her.

“And how was I supposed to know that Susie hadn’t told mum the reason she wasn’t invited was because of how embarrassing Susie thought she was at Christmas?

“They’re just going to have to work this one out for themselves. I’m not saying anything else. Unless someone asks what I think, in which case I would be guilty of negligence.