MINERS, navvies, totters and wheeltappers have hit Manchester in their cloth-capped droves.

Blacksmith Ed Milliband, who has known nothing but hard, physical graft his whole adult life, addressed the massed ranks of Britain’s manual workers.

Sinews bulging in his thick neck, Miliband said: “We are the people who dig the nation’s ditches, deliver its coal, cobble its shoes, and our voices must be heard!”

This year’s Labour party slogan is End Capitalism Now. Agenda issues include renationalisation of public utilities, free beer and sandwiches for all and the decapitation of Etonians.

Delegate Roy Hobbs said: “From draymen to bottom knockers, we represent those who sweat profusely for a living.

Meanwhile, those who re-use carrier bags and take an interest in wildlife preservation are preparing for next week’s Conservative Party conference. 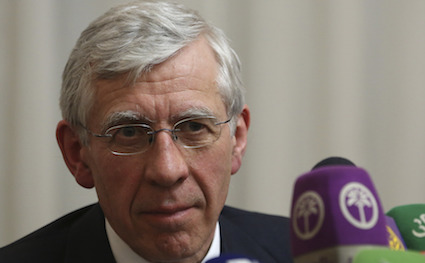 FORMER foreign secretary Jack Straw has revealed the precise extent to which he is a self-regarding, cowardly little turd.

In his autobiography I’m Such a Little Shit, Straw describes how he tried repeatedly to undermine Gordon Brown but never had the courage to actually do anything about it.

He said: “Time and time again I went around saying Gordon is rubbish and someone who isn’t me should definitely challenge him.

“And then, as if I was not under enough pressure, I had to make the brave, tough decision to emphatically deny everything that I had said, while making it clear that challenging Gordon was just plain wrong.

“I somehow summoned the strength of character to tell those hard, tough lies. Probably because I am an international statesman.”

He added: “I would have been a great prime minister. Everyone said so at the time and because of that I saw no point in actually doing it.

“Knowing that I would have been brilliant at something if I had tried has always been good enough for me.

“I’m such a fucking piece of shit.”