DAVID Cameron has insisted that leaving his nine year-old daughter in a pub is the sort of tough decision that will rescue Britain from recession.

The prime minister left Nancy in a pub near Chequers after the move was agreed during a conference call with chancellor George Osborne and Nick Clegg, the self-­styled ‘deputy prime minister’.

Mr Cameron then used an iPhone app about fancy handbags to distract his wife Samantha while special branch bodyguards hustled everyone except Nancy into a big car and sped off.

A Downing Street source said: “When Samantha realised Nancy was missing she went straight into David’s study and told him to go and get her.

“She was standing over his desk shouting ‘Right. Fucking. Now’.

“But he just shook his head and said that while it was a painful decision he could only go and get her when market confidence had been restored.”

The source added: “Samantha kept saying ‘what if something happens to her?’ but David said that George Osborne had looked into it and assured him there was no reason to believe that anything bad would happen to a child left alone in a pub.”

A Treasury spokesman added: “Britain is a safe haven.” 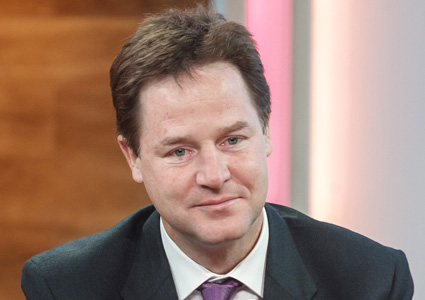