May back from holiday with terrific idea

THE prime minister has returned from her walking holiday in the Alps with what she promises is an “absolute genius” idea.

May, who came up with the idea of calling an election while walking in Snowdonia last spring, has refused to reveal any details of her new idea but claims it will transform British politics.

A Downing Street source said: “Oh Christ. She’s got that light in her eyes again.

“I knew we should’ve stopped her going walking. Didn’t I tell you? Why nobody else encouraged her to look at those brochures of fjord cruises I’ll never know.

“She’s bounded in through the door convinced that this new thing, whatever it is, is really going to turn everything around, telling Philip Hammond ‘You ain’t seen nothing yet,’ and then guffawing.

“The idea itself is top-secret but apparently it’ll sort out all our problems with Europe, put us up there with China as a world power and the public are guaranteed to love it. I can’t imagine what it is.”

May said: “No peeking. But let’s just say get the polling stations ready.” 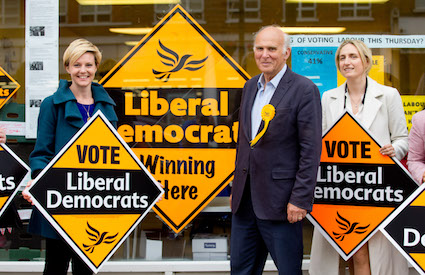 UK voters desperately want a pro-European party with sensible centrist policies, according to people determined to ignore the existence of the Lib Dems.

Millions of voters confirmed they would back a party opposed to both Brexit and extremism while pretending he had never heard of Vince Cable.

Tom Booker, from Stevenage, said: “There’s a huge appetite for an alternative to either Labour or the Tories, a third party that can capture those voters crying out for moderation.

“A party that offers a clear alternative on Brexit, such as the promise of a second referendum, would be guaranteed to capture at least 48 per cent of the vote nationally. That’s simply fact.

“A new centrist party, which would emphasise British values of liberalism and democracy and probably have neutral orange branding, would rocket to victory and smash the two-party system once and for all.”

Mary Fisher, from Bath, added: “A party like that would definitely get my vote. Around here there’s no-one to vote for but the fucking Lib Dems.”