THERESA May has ordered the UK electorate to vote in exact accordance with polling numbers on 18th April, the day the election was called.

Following polls showing that the Conservative lead has dropped to five points, the prime minister instructed voters to disregard every new thought they had had in the last month.

She continued: “I called this election based on what you told me. If I have done that based on false pretences, I will sue.

“You have no right and no business changing your views, merely because of my ‘campaign performance’. That’s nothing to do with you.

“Cast your minds back to 18th April, when I announced this election and everyone agreed it would be a landslide, and bloody keep them there.”

Mary Fisher of Hitchin said: “Oooh, that’s actually put me off her a little bit more. That keeps happening.” 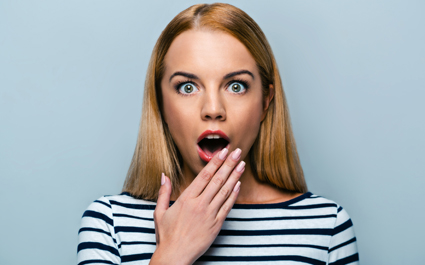 A WOMAN has been horrified to realise that she has had sex with at least four Conservative voters.

Joanna Kramer was reviewing her romantic history when she worked out that, despite being a lifelong liberal, she had given succour to the enemy on at least four occasions.

She continued: “My first boyfriend’s dad was a greengrocer and there was a framed photo of Thatcher in the downstairs loo. But I was young, and he had a car. I don’t blame myself.

“But Mark from university’s found me on Facebook and he’s Brexit as fuck, and when I see my ex Martin he’s all blazer-and-jeans ‘the 50p tax rate is the politics of revenge’ these days.

“Then there’s that one-nighter I had two years ago, where I ran off while he was in the shower because I saw his full shelf of Jeremy Clarkson books.”

She added: “And then there’s Dan, but no. Just because he was a terrible, terrible shag doesn’t necessarily mean he’s a Tory.”