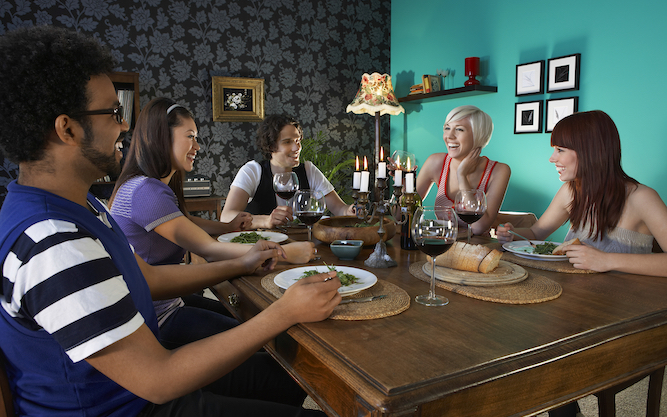 GUESTS at a dinner party are pretending they cannot smell the litter tray stench in the house.

Polite visitors Nikki Hollis and Nathan Muir are attempting to block out the nauseating aroma of cat faeces that is overwhelming them as they dine with friends.

Hollis said: “It’s like having dinner in a zoo. Is there any chance they can’t smell it? The whole house is completely permeated with it, so I don’t see how it’s possible.

Muir added: “I’ve been breathing through my mouth for almost two hours now, I’m starting to feel woozy. I may pass out, but that would be a sweet release.”

Their hosts, however, remain completely oblivious to the stink and will attribute their guests’ stilted behaviour to “relationship troubles” which they will gossip about for several hours after they leave.